Every once in a while Blue Force Gear rolls out special versions of their slings. These special versions are often just standard slings with special camo patterns or custom color combinations but the most special ones have all new elements or unique hardware. That is the case with the new Special 1404 Sling that they just released today. 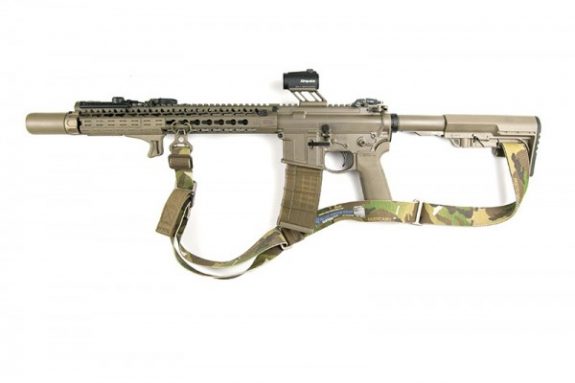 The Special 1404 Sling may look like a Vickers Combat Applications Sling (VCAS) at first glance and, the truth is, it is very much like the standard VCAS in terms of function. However, the Special 1404 packs some features that you won’t find on other VCAS slings.

This sling features your choice of 2 unique colorways. The Multicam option is covered front-to-back with Multicam pattern webbing. The Desert Digital option has a Desert Digital (similar to AOR1) webbing on the forward section and coyote on the rear section. Both colorways make use of unique aluminum hardware with a brown anodized finish.

The most interesting difference between the VCAS and the Special 1404 is barely noticeable. The Special 1404 Sling makes use of 1.5″ webbing at the rear of the sling (the part that actually contacts the wearer) instead of the standard 1.25″ webbing found on the VCAS. This is interesting because it is designed to be a sort of happy medium between the standard VCAS Sling and the Padded VCAS Sling. 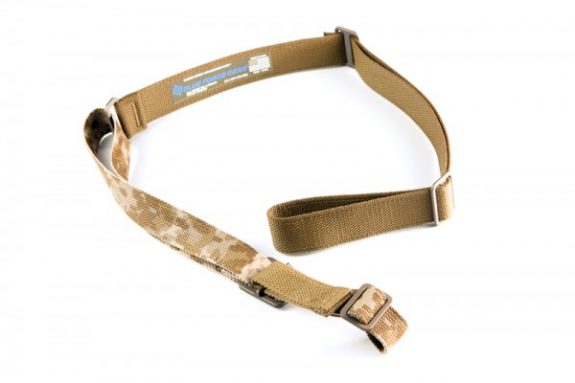 Blue Force Gear’s webbing is substantial and thick but has a brushed, soft canvas-like feel. The edges are quite rounded so it as already quite comfortable when bearing weight. So, this 1.5″ webbing should spread the weight of the rifle out on the wearer’s shoulder even more effectively while remaining just as low profile as a plain webbing sling. It is a sort of functional hybrid between the flat webbing and padded versions of the VCAS.

You can check out the new Special 1404 Sling at Blue Force Gear.

One Response to Special 1404 Sling from Blue Force Gear