What do Osama Bin Laden, Muammar Gaddafi, Saddam Hussein, Qusay Hussein, Uday Hussein, Fahd Al-Quso, Pablo Escobar, Adolf Hitler, Abu Bakr Al-Baghdadi, and ISIS/ISIL all have in common? They are all despicable rogues? Sure, but they are also all available in the Menace to Society Target Pack from RE Factor Tactical. That’s right. Now you can punch holes in some world class d-bags during your next range practice session. 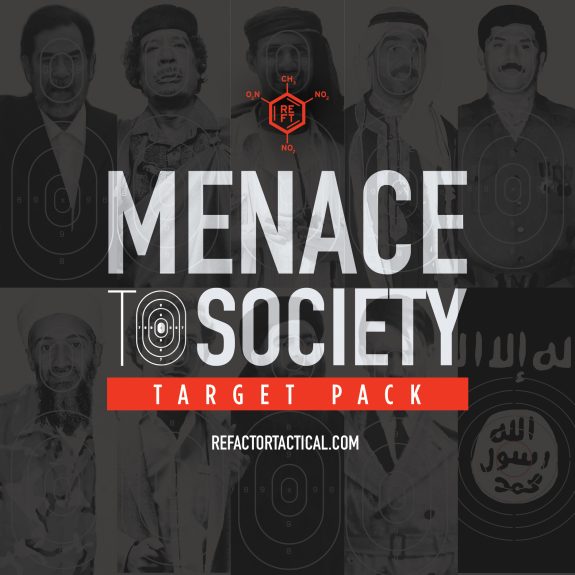