Gunstruction compiles the most popular parts from each category in their virtual AR building tool into a single User’s Choice Build every month. These builds are always an interesting look into consumer trends since Gunstruction’s user base and part selection is fairly broad.

Once again, the AR-15 User’s Choice Build features an EOTech optic. This is a trend that has continued, uninterrupted, for nearly a year in spite of EOTech’s recent and very well publicized issues during this time. The vast majority of these builds feature a Magpul grip and this one follows that trend. I also find it noteworthy that many of these builds feature a barrel with a fixed front sight base in spite of their seemingly waning popularity. 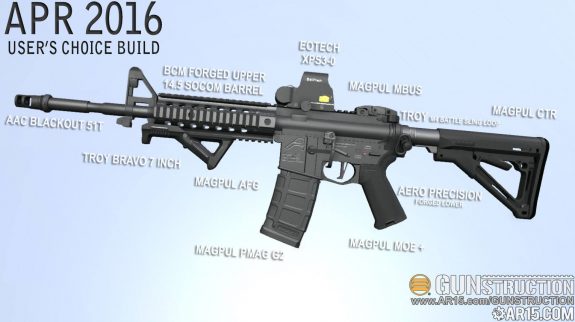 The AR308 User’s Choice Build continues the overwhelming trend of precision oriented parts rather than treating the rifle as more of a battle/general purpose rifle. I find it interesting that while the AR-15 build frequently features a fixed front sight base, the AR308 never does. 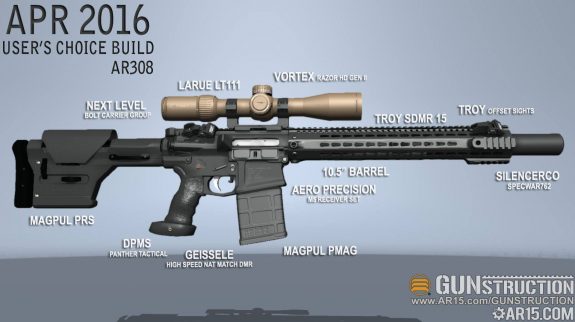