You may remember our previous mention of the promising extended Mossberg safety that CDM Gear was developing. They have made major progress in the development of that safety since it was last featured on these pages. 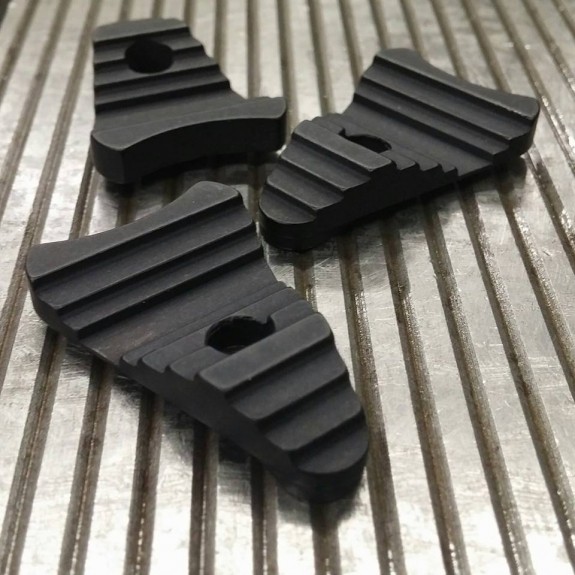 We now know that it will retail for $19.95 which makes it competitive with other upgraded Mossberg safeties. We also know that the first batch has been anodized and is currently being tested by CDM Gear. These should be available at retail shortly.

These safeties are noteworthy for its shape that may allow it to be operated without breaking your shooting grip for some shooters. It also presents a large target for those who sweep the safety on and off with their finger tips much like an AK selector.  It is both wider than the factory safety switch and it extends back toward the buttstock. It’s shape actually moves the switch back toward the shooter’s weapon-side hand by about one inch. The extra length and the extra width in strategic places, should make it much easier to reach.

Keep an eye on CDMGear.com for details.