Gunstruction just released their version 3.3 patch. The new patch contains a ton of new parts, new functionality, and should perform better overall on all platforms. 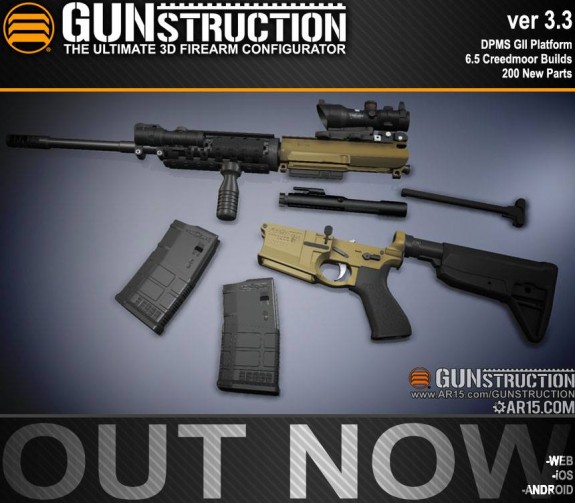 The latest update to the GUNSTRUCTION player features a new platform in the AR308 builder, the DPMS Gen II. We also added caliber support for 6.5 Creedmoor on the AR308 Platform. Other improvements include messages on the downloading screen, per part notifications, revised sharable URL handling for WebGL players, general bug fixes and optimizations. We are also discontinuing use of the web player, and will be moving all browsers over to the WebGL player.

We have also updated the listings for our manufacturer’s full guns, which may affect some older saves.

On top of this we will be adding almost 200 new parts.