The Hamilton W10 field watch is a classic and Minuteman Watch Co. is about to breath some new life into the classic design. 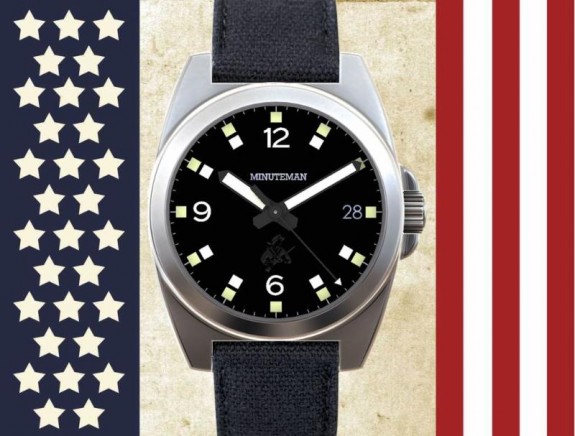 Illinois-based watch brand Minuteman Watch Co. has launched a new series of watches inspired by patriotic American heroes both past and present. The new watch series has been named Independence.

These rugged watches are powered by Swiss quality Ronda 515 quartz movements, and are intended for wear by both men and women. These fine watches will be proudly assembled in Mentor Ohio by highly skilled American watchmakers. Despite the fact the watches will be assembled in the USA using quality components the watches are being offered for prices as low as $250 via their crowd funding effort on Indiegogo.

For those of you that don’t know Minuteman Watch Co donates 25% of their net annual profit to charities that assist veterans and their families. For 2016 Minuteman is raising funds for Fisher House.

One Response to Minuteman Watch Co. Updates a Classic