Echo Nine Three’s new Mk65 Light Mount is designed to cantilever a weapon light forward and offset it to the hand guard when used in conjunction with AMD-65 ventilated hand guards or Magpul’s M-LOK Hand Guards. If you are willing to drill two small holes, it can also be fit to most AK hand guards. 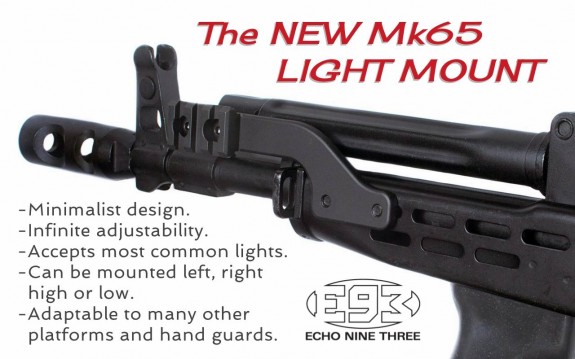 The machined aluminum Mk65 has a hard anodized finish. It mounts view two small screws and is completely ambidextrous by virtue of its design. It features a 3 slot picatinny rail for attaching various lights like Surefire X300s, Scout series lights, and many others. 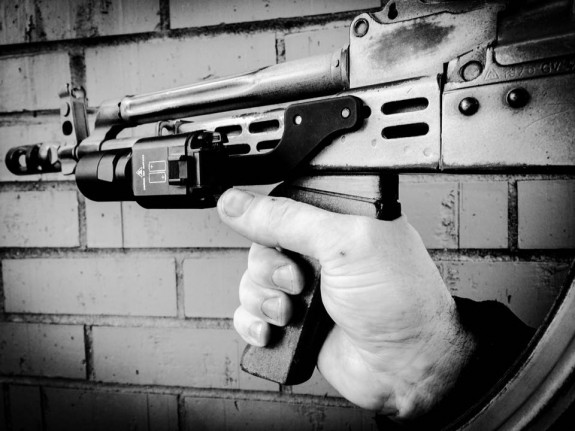 Many AK variants have short hand guards that can become cramped for space when a light is mounted. Weapon light placement on such short hand guards is often less than optimal unless you have a way to push the light forward and offset it slightly. This mount will allow AK users to place the light in a way that falls more naturally under their weak hand thumb. 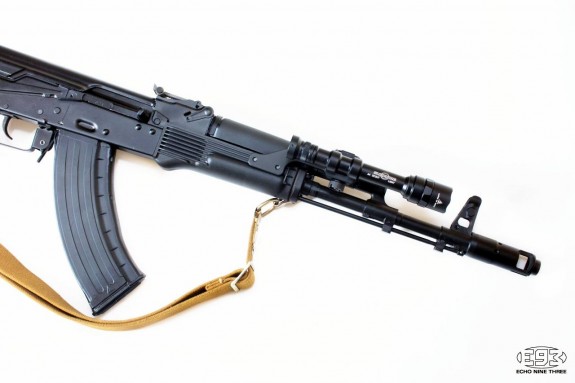 For instance, the X300 mounted on the WASR below can be activated but not without shifting my typical grip. It is also taking up space that might otherwise be used to grip the rifle. The Mk65 would solve this problem by making the light easier to activate and restoring space on the hand guard. It looks like I will need to purchase one to try. 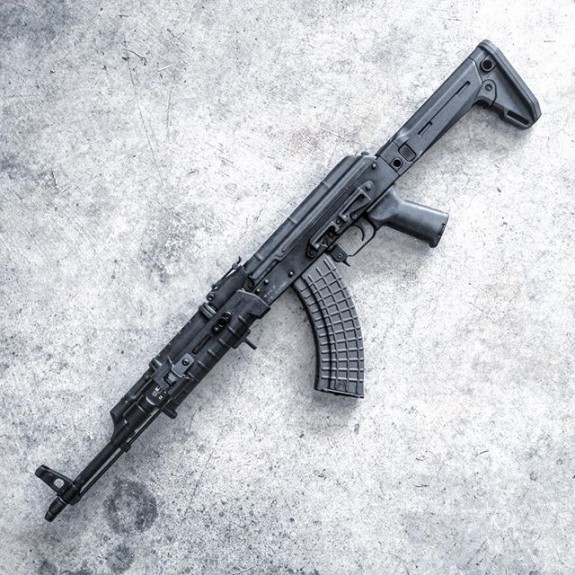 TOPS Knives – A Look Back and a Look Ahead
Ballistic Advantage Barrel of the Week: 16″ .223 Wylde SPR SS Mid-Length, Premium Series