This review has been a long time coming. I have been working with Zulu Nylon Gear’s AK/VZ58 Double Magazine Pouches and they are so different from anything else that I have tried that I felt the need to put a lot time behind them. I became convinced that I liked them early in the process but I found some nuances that I wanted to work through before I wrote this. 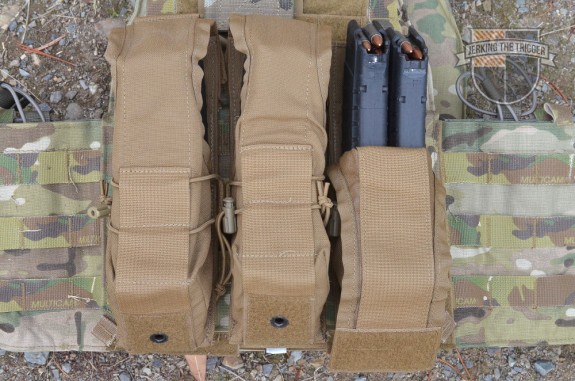 Most of the testing for these pouches was done with them mounted to a Mayflower R&C APC.

These pouches are designed to hold 2 AK, VZ58, or similar magazines in a cartridge up orientation and many of the unique features support this design decision. In addition to the bullets up orientation, the pouches carry the magazines with their spines toward the wearer which is different than any other pouch that I have used.

The AK Doubles also make use of Zulu Nylon Gear’s EXCELLENT reverse retention flap. The flaps attach at the back of the pouch and “hinge” at the front. This allows them to fall forward and out of the way of the pouch where they will almost always automatically secure to a small Velcro pad. These retention flaps prevents cartridges from being accidentally stripped from the magazine and servers to retain them when in the closed position. 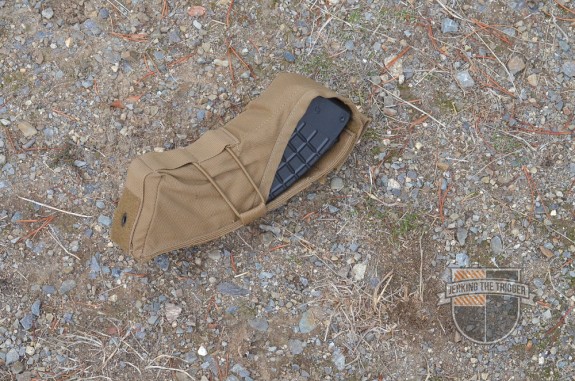 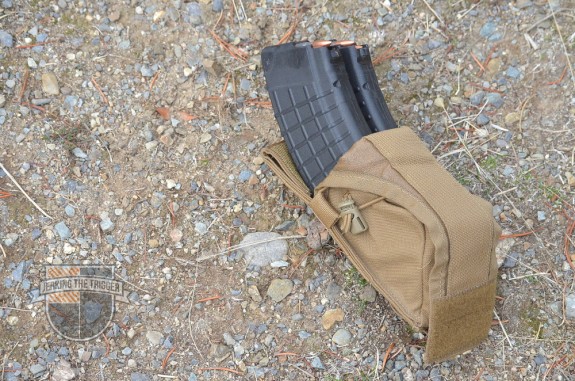 Zulu Nylon Gear basically started from the reload and built the pouch to fit rather than most AK pouches which start with an already established pouch pattern and force the reload to fit. It is a completely different approach to making an AK magazine pouch and this, of course, required an entirely new type of pouch. Everything that is “different” about this pouch and how it holds the magazines is driven by this approach.

The magazine orientation leads into the next unique feature which is the flap that is necessary to protect the top of the magazines since, without a flap, they would be exposed to dirt, mud, and possible loss of the first few cartridges. Zulu Nylon Gear already had a great design in the reverse flap that they use on their M4 Doubles. They adapted it to use on the AK Doubles and it is right at home here. The curve of the magazine makes the front hinge work very well. The flap very naturally falls out of the way when the user releases it. Even if it doesn’t make good contact with the Velcro pad meant to secure it out of the way, it tends to stay down because of how it folds on itself. 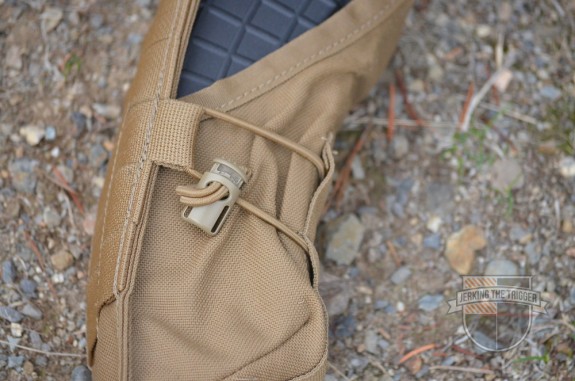 If you find yourself wanting to use the pouches as open top pouches or just need to have them stay open, the flap can be secured to a small Velcro pad on the front and the rear part of the flap can be folded down and secured out of the way with another Velcro pad. I never really used this feature because the flap works so well and does a good job of staying out of the way.

The secondary bungee retention is what took me the longest to really use effectively. They have to be kept tight or the second magazine can turn in the pouch once the first magazine is removed. This is not the end of the world since the curve of the magazine will easily allow the user to orient it even if they can’t see it but it sort of defeats the purpose of the pouch. If you run the retainers very tight, that generally won’t happen. The second mag will just sort of move to the middle of the pouch, retained from loss, and ready to be your next reload. The only real downside to this is that it is harder to insert magazines into the pouch when the retention is tight.

I would be interested to see if a flat elastic band would work better as the secondary retention. I think it might make it a bit easier to insert magazines but the adjustability of the current shockcord with toaster-lock setup would be lost. 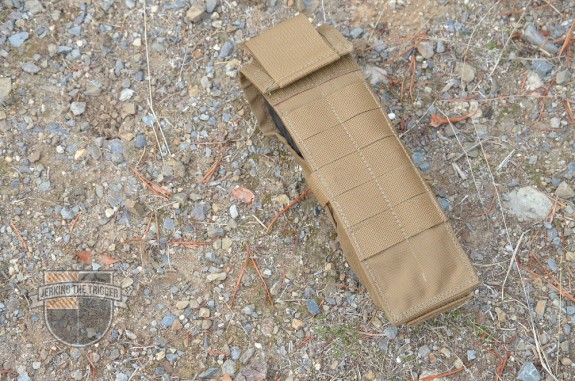 I was concerned that the magazine pouches would stick out too far from the wearer or be too bulky in some way because of how the magazine are oriented. This turned out to be a non-issue in practical use. There really isn’t that much of a difference because when you go prone, the lower part of the magazine is what you end up laying in. This pushes the lower part of the magazine up against you and the upper part rocks out away from you slightly. This works because the upper part is high on your chest where there is a natural void between you and the ground. There really is pretty much no noticeable difference in terms of bulk when you are prone.

The only other challenges I found with these pouches are common to all double magazine pouches. Nearly every double magazine pouch ever made has had issues with 2 magazines coming out of the pouch instead of just one depending on the design of the magazines being used and loose magazine fit once the first magazines is removed. These are issues that can be worked around by the user. 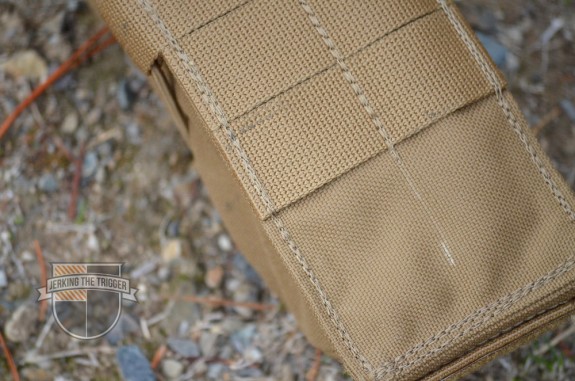 This is evidence that these pouches are hand-made by a real human person!

These magazine pouches are different. I understand that there may be some hesitation to try them or even harsh reactions because of that but they are different for a purpose. You can trace the purpose for their differences all the way back to the AK reload itself. I found that they work quite well. They are fast to reload from and easier too since much of the twisting/turning that is typically required is negated.

Like all Zulu Nylon Gear that I have ever put hands on, they are well made and thoughtfully designed. You have to appreciate the approach taken in designing these pouches. It is fascinating how they worked backwards from the reload rather than just making a pouch that holds magazines and making the user adapt to the pouch. I wish more manufacturers approached problems in similar ways.

Disclosure: These pouches were provided to me for review by Zulu Nylon Gear.