By Matt on November 6, 2015 in Tactics and Training

Digital media has done a lot to change the way we train. It is absolutely amazing that we can simply pop in a DVD or stream the latest video from top-notch trainers directly into our living rooms. You can find drill diagrams and par times on your smart phone… while you are on the range. In spite of the immense training value in these mediums, I still recommend actual in person training with a skilled instructor. The reasons for this are numerous but one that I want to harp on a bit in this article is context… or lack there of. 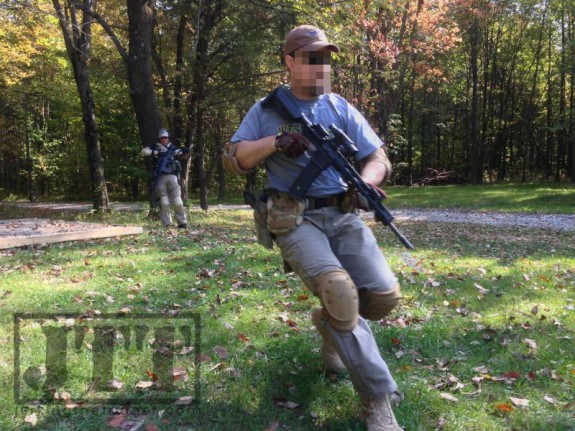 If you cherry pick a skill drill and incorporate it into your training devoid of the context of the original block of instruction, it can be very easy to try to draw tactics out a drill that was never intended to do more than build a skill. Drills are often designed to train a specific skill without the context of a tactic. For instance, shooting while moving is a skill worth practicing and most training courses incorporate drills to train this skill. Often these drills consist of moving forward and back while shooting. Less often, lateral movement may be incorporated.

Why is forward and back movement most common? The answer probably varies from instructor to instructor. The instructor might say that limiting to forward and back is the easiest way to work on the basic footwork of the skill before graduating to more explosive or difficult forms of movement – walking before running so to speak. A really honest instructor might say because forward and back is only way 12+ students standing shoulder to shoulder can move on the range safely. The students also come away feeling really good about themselves and if they don’t do some movement, they will write a grumbling AAR on their pet internet forum. It ticks the checkbox in a sense. This is done in spite of the very limited circumstances in which it would be appropriate for a regular armed citizen to advance on a threat that is actively involved in shooting them. Drills like these teach a skill not necessarily a tactic.

Even when lateral movement is included, it is often done at a pace that makes little sense in terms of tactics. If the point of moving laterally is to 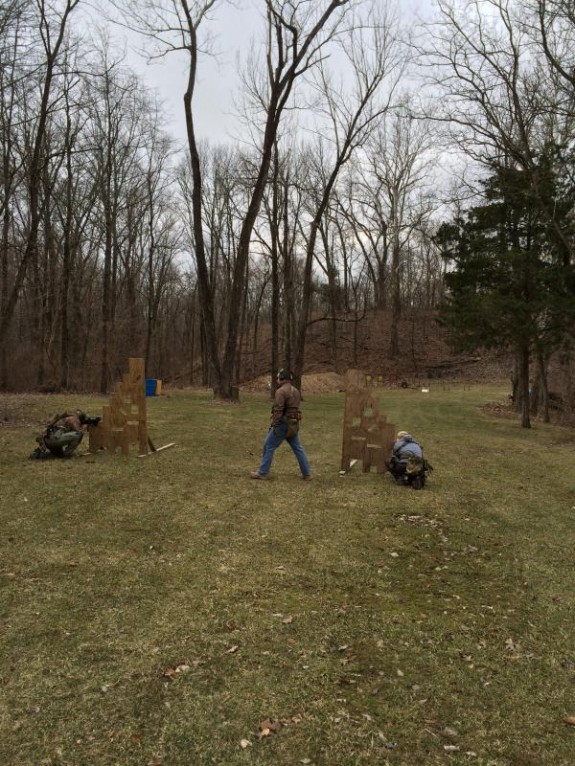 avoid being shot, why aren’t we moving fast enough that an adversary would have to actually adjust their sight picture to hit you. Most of these drills have the shooter moving so slowly that they are just as easy to hit as they are when stationary. Again, these drills are teaching a skill, not a tactic. I am not sure that Todd Louis Green said this originally but I have seen him write something to along these lines: “You shoot better when you aren’t moving and you move better when you aren’t shooting.”

The point of this discussion is not to rail on shooting on the move or to say that it is not a useful skill. This is just a single example out of many. The point is to highlight that there is a difference between SKILLS and TACTICS. Skill drills work on the basic mechanics of a skill but don’t necessarily address the situations in which the skill will be applied. It’s an important distinction.

Think of it like someone learning how to throw the all the punches in boxing (skills) but never learning how to set up their opponent or counter (tactics). That is a recipe for disaster. The context that comes with well designed instruction, a well rounded skill set, experience, and some critical thinking can help you avoid theses mistakes.

The use of barricades in training are another example of skill/tactic confusion. Drills that use barricades like the VTAC barricade are not always about how we approach cover (crowding versus staying back) but more about how we move the firearm and our bodies solve different positional problems. What are some other skills/tactics that you see being confused regularly?

One Response to Skills and Tactics – Don’t Confuse the Two