I purchased a 7.5″ 5.56 chambered AR-15 upper a while back mostly for fun but also see what, if any, purpose a super short 5.56 could serve. I purchased that upper from Andro Corp Industries (ACI) and it has been a solid performer. I wrote two articles about the experience that chronicled some of what I found – Times of Have Changed: Why You Might Actually Want to Try a 7.5″ 5.56 AR-15 Build and a response to the more silly reactions to the article 5.56x45mm Fired From a 7.5″ Barrel is Just a Glorified .22LR. I can tell you that, while super short 5.56 guns are not an ideal barrel length/caliber pairing, they are a lot of fun and they are far better than some would lead you to believe.

One of the biggest reasons I finally decided to try a 7.5″ build is the availability of affordable 7.5″ barrel options that actually worked. ACI builds their uppers with Ballistic Advantage (BA) barrels who takes great care getting these short barrels to run without the horrific over gassing that seems to plague cheap barrels of this type. ACI is also a dealer for BA barrels and that leads me to the point of this already long-winded post… 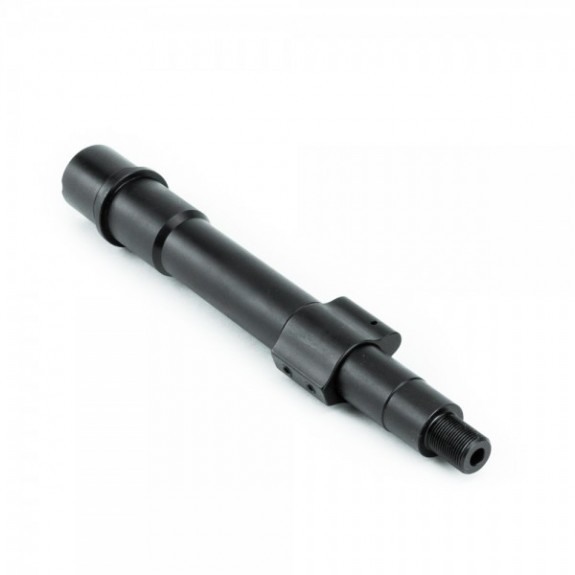 ACI has a special on the Modern Series 7.5″ barrel from BA right now. This is a 4150 barrel that has been Melonite QPQ processed inside and out. It features a 1 in 7″ twist and pistol length gas system. It also comes with a pre-installed low-profile gas block that has been pinned in place. This is a great start to any 7.5″ build and it is on sale for $140 which is a steal.

Check out the barrel at ACI.