Smith & Bradley have have given their Ambush model watch a bit of a make over in the form of a new hand set, a new sleeker buttons, and lume that matches the LCD screen illumination.

The previous hand set was a bit chunkier and covered more of the digital elements of the watch. The new set are skeletonized so that they don’t obscure as much of the watch face and they look pretty darn good too. 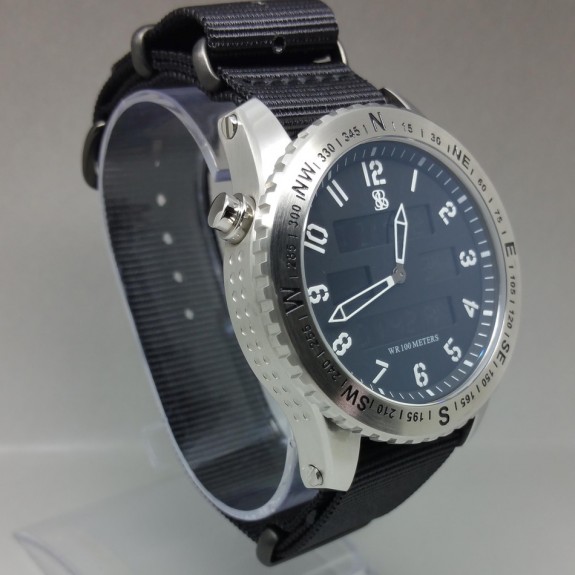 The new pusher is more of a sleek, dome shape. The previous version had a mushroom shape. The new design reduces the chance of the watch catching on gear or clothing. Finally, the lume on the face and hands has been changed to a blue color that matches the illumination of the digital components of the watch.

If you aren’t familiar with the Ambush and it’s many functions, see our original post from when this watch was released. The high points are that the Ambush is a watch with both analog and digital elements. It has the readability of an analog with with many functions of a digital including an alarm, hourly chime, and chronograph. It also has the ability to display the time in two time zones simultaneously – one on the digital display and one on the analog display. The movement is Swiss and the watch is assembled in the USA. On top of all of that, it has an advanced compass features that can show your bearing and a user settable azimuth.

Check out the Ambush at Smith & Bradley. 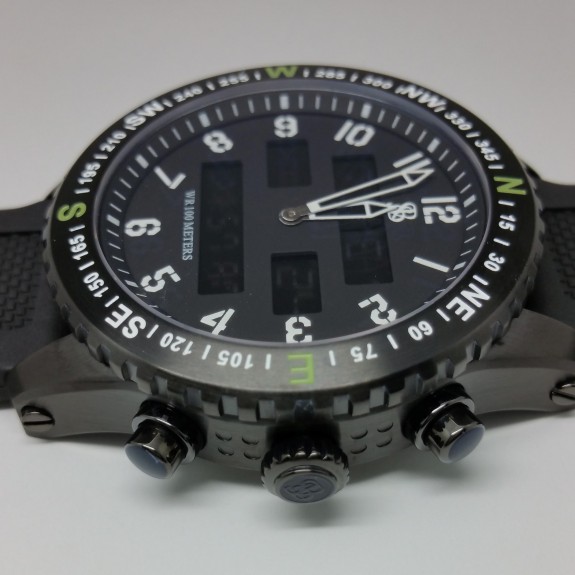