Smith & Bradley has rolled out a new website. The new site features a clean, uncluttered look and expanded customization options for some watches. Check out SmithBradleyLTD.com.

How do you know when your work is really starting to get noticed? Well, when hackers try to take down your latest project that is a pretty good clue that you are onto something. That is what happened recently to Smith & Bradley watches on the very day they launched the Kickstarter campaign for their latest creation, the Sans-13 Evolution (read more about the watch here).

Smith & Bradley launched the new watch last Friday and on the same day, their email lists were compromised and every reference to the Sans-13 Evolution Kickstarter campaign was removed from their website. Though unrelated to the hacking, they also received word from Facebook and Instagram that their attempts to promote the campaign were not approved since the watch is sometimes pictured with firearms, even though the photo they were trying to promote shows just the watches by the pool (see below). 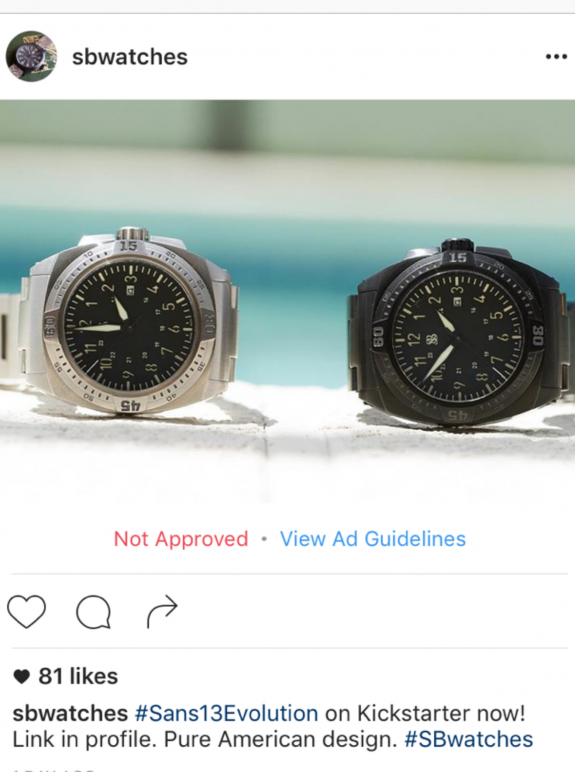 So, they just gave up… Not really. Instead they started working their social media outlets even harder. They told the story of how they were hacked and that drew even more attention to the new watch. Now, just one week in to their campaign (36 days remaining), they are just short of being fully funded. They may even be fully funded by the time you read this.

I guess you could say that the hacker’s plan… hack-fired. I know. I know. I can’t help myself. Check out the Sans-13 Evolution on Kickstarter.

The next iteration of the SANS-13 Watch is here. Smith & Bradley has begun a crowdfunding campaign for the SANS-13 Evolution. This new watch boasts a slick new approach to lume and all the premium features you’ve come to expect from S&B. 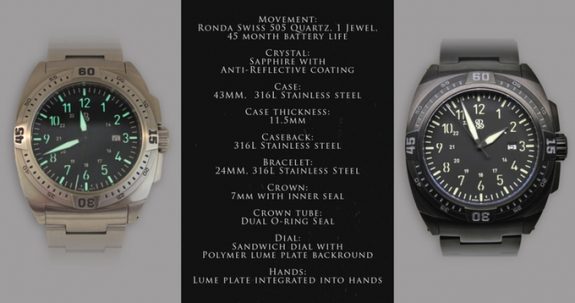 S&B on their new lume tech:

We have taken our lume tube technology and made it into our Patent Pending Polymer Plates. The entire back plate of our Proprietary sandwich dial is a plate of illumination polymer. We have also made the same plate integrated into the hands of the watch. The second hand has been dipped in to match the illumination. What does this mean? We now can compete directly with tritium. We have a glow that lasts for over 6hrs that has the light output that of tritium. (See below picture of 6hr test) The other advantage we have as well is the user can define if they want it brighter. Our Polymer Plates can be charged with high intense light, i.e. flashlight and it will glow very bright. You choose your brightness; you now have a choice. Natural exposure to ambient light and our Patent Pending Polymer plates compete directly with tritium. Tritium is just one level of brightness. Tritium cannot be charged to make brighter. 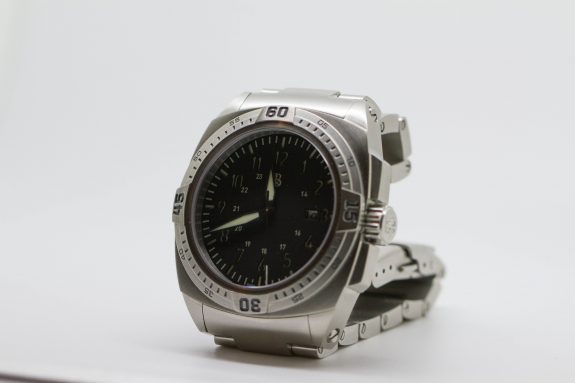 Other features and specs:

You can read more about the details that went into the bracelet and other features of the watch at SANS-13 Evolution Kickstarter page. 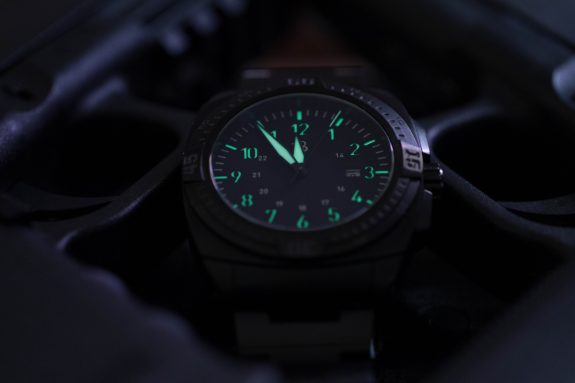 The Smith & Bradley Sans-13 is about to get a serious make over. The dynamic watch duo of Smith & Bradley have designed a slick new face that looks striking and takes the Sans-13’s lume game to a new level. 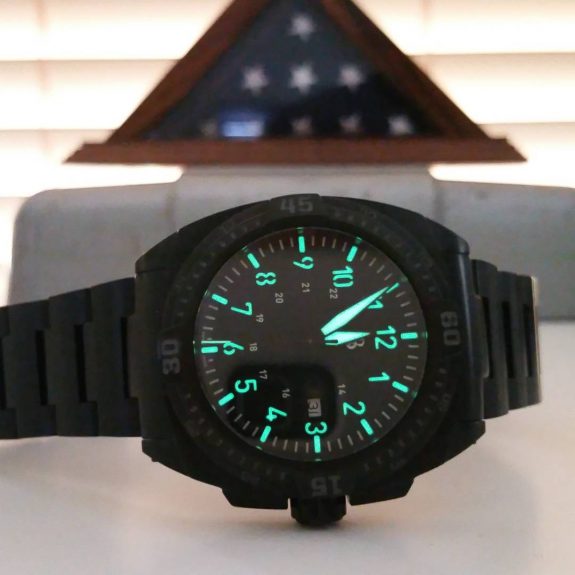 The original Sans-14 had great lume. Rather than a coating like most watches, S&B used small lume tubes as markers. The new watch also eschews lume coatings for the markers. Instead, the face is actually a sandwich design where the markers are cut out, allowing an entire plate of lume material to show through. Even the hands have a plate of the material installed on them rather than a coating. The detail in the small numeral marker cutouts looks incredible. 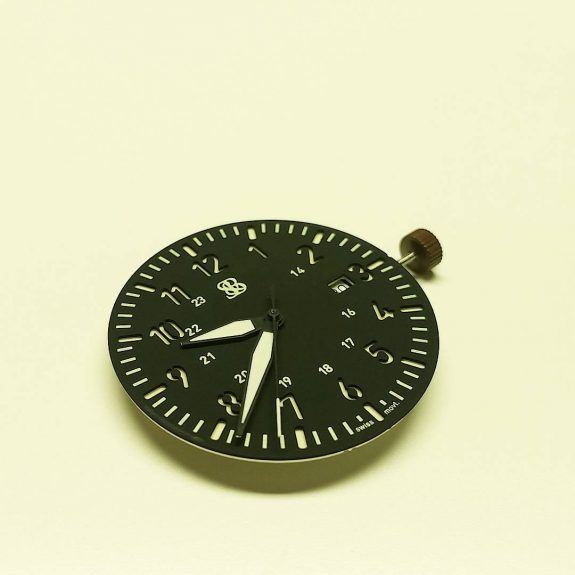 There will be more details coming soon (movement, pricing, availability, etc.) but S&B is claiming this will be the best watch in its price range. Check out Smith & Bradley. 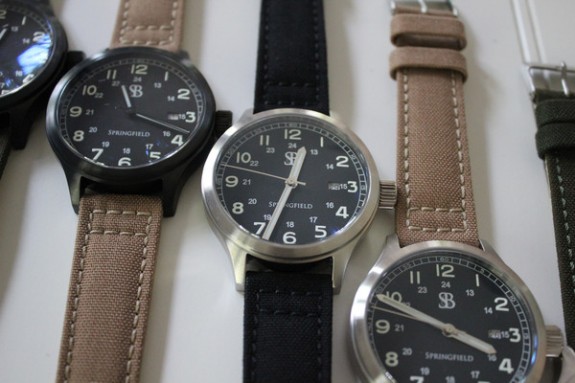 The Springfield Field Watch was Smith & Bradley fourth and most recent Kickstarter watch launch. The campaign raised almost five times its goal on the strength of this watch’s style and value. It looks great and it manages to pack a lot of great components into an affordable package.

They are fresh off the Kickstarter campaign and the Springfield is on sale for $50 off to celebrate. Check out this modern version of the classic field watch at Smith & Bradley.