The MGM Ironman is billed by its organizers as “The Toughest 3 Gun Competition on Earth” and no one will argue that. If you follow the MGM Ironman, you know that if you drill down even deeper into the depths of this competition, there exists a whole new level of tough found in the Trooper Division.

Trooper is a division of competiters at the MGM Ironman who compete with their own, even more grueling, set of rules. They carry every single bit of their equipment on their person for the entire match – from sign in to completion. If they run out of ammo because they have exhausted what they are carrying, they are done. Want a back up gun? You have to carry it. Moving to the next stage? Do it in one trip or you’ll have to carry all your gear back and start over. It is a real test of the shooter and their equipment, and I am just scratching the surface of the rules. As you can imagine, many shooters don’t finish the event due to physical and equipment breakdowns. 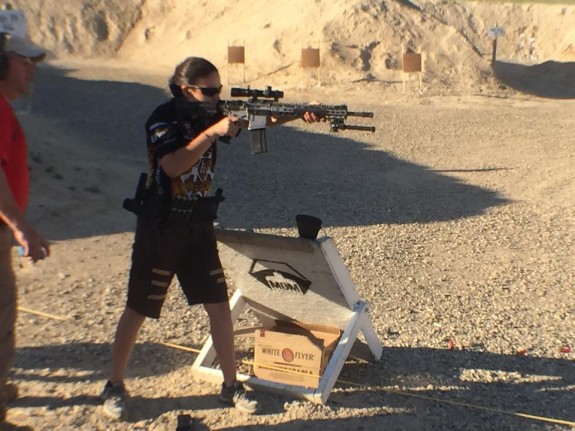 It’s easy to look at the rules and think that Trooper Division is not for young ladies but this year (the 11th year of Trooper’s existence) there was a historic first. Jessica Brown, a Junior Female, completed Trooper. She started the day with 150 pounds of gear (which is 25 pounds more than her body weight) and ended the day finishing 24th out of 33 finishers.

Russell Phagan, founder of Trooper Class, is marketing manager at KE Arms, one of Jessica’s sponsors. The following is the press release that they sent over following her historic accomplishment:

Jessica Brown became the first Junior female shooter to complete the MGM Ironman in trooper division in its 11 year history.

Her loadout started at 150 pounds, 25 pounds more than her bodyweight.  Jessica persevered while many adult male shooters drop out of this division every year for lack of ammunition, lack of physical preparedness, injuries, or firearms breakage.

Thanks to our Industry partners that helped her succeed in this endeavor:

If you have a daughter looking for a role model, show her this post. I know I’ll be showing my three daughters! 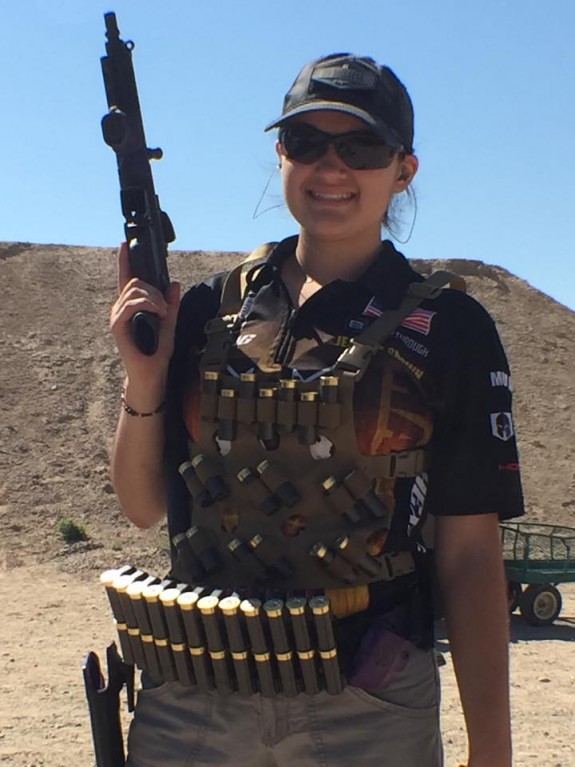