The CORE Nano Wallet from Triple 7 Gear has been officially launched on Kickstarter! 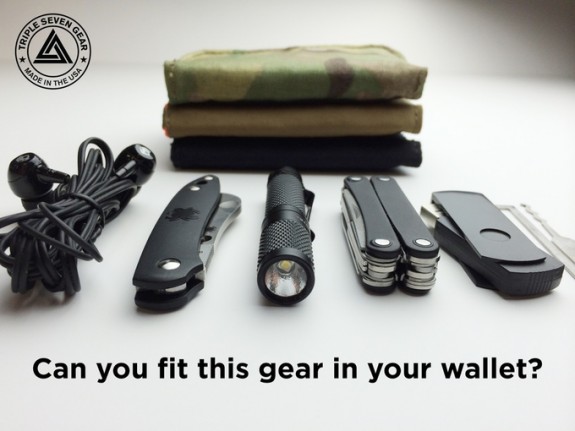 The CORE Nano Wallet does everything you want a wallet to do but with the addition of the EDC gear organization you expect from Triple 7 Gear. It has a clear window for storing ID and cash. There are credit card slots on the center panel that can hold 6-8 credit cards. The gear organization panel has a 3 elastic loops of varying size to hold pens, flashlights, multitools, knives, etc. There is also a slightly hidden, Velcro secured pocket that can be used to secure more sensitive items.

With careful selection of the items that you store in CORE Nano Wallet, you will be surprised at just how compact it can be. I have already found that several AAA battery lights fit well. Pens like the Inka, Fisher Bullet Pen, or Fisher Trekker all work well. The Exotac nanoSTRIKER fits perfectly in the smallest loop. Compact multitools or even some of the thinner Swiss Army Knives fit well too. You’ll find all kinds of gear that fits.

There are several interesting benefits for backers including one that includes a Micro SERE Kit from Vigilant Gear which happens to be a perfect fit for the CORE Nano Wallet’s secure pocket. Head over to the Kickstarter page to view a video that really dives into the details of the wallet and its intended use. You can also see the various backing rewards. 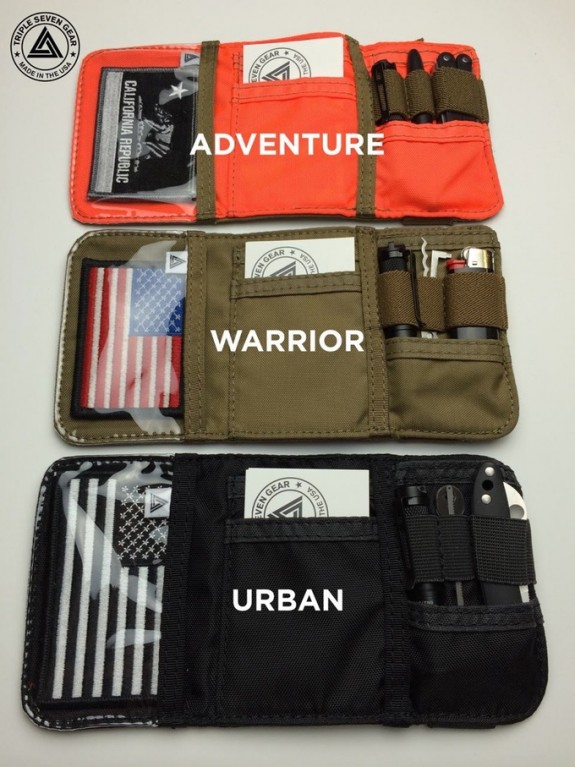