Roger Wang, formerly of Battle Arms Development and currently head of Forward Controls Design, is now publicly showing the LDFA, a forward assist that is specifically designed to be used with ambidextrous charging handles. 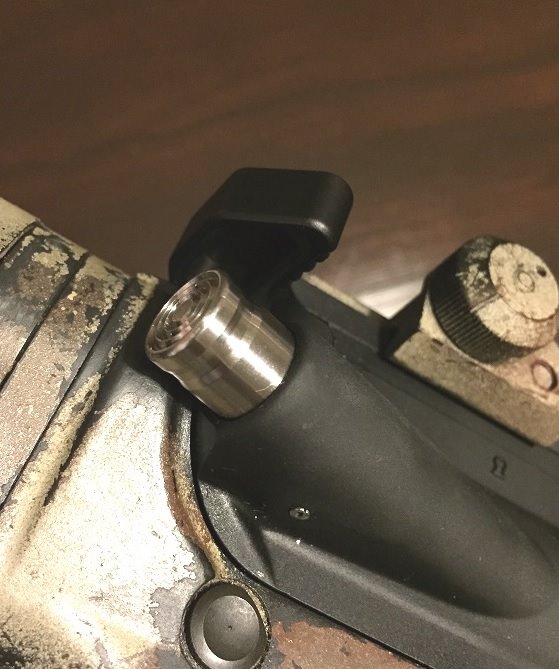 The LDFA is a slimmed down forward assist that has had all sharp edges and potential snag points removed. The primary benefit is that the LDFA will not catch on the fingers of a left handed shooter when they operate the charging handle. However, this could also be attractive to those who, like me, don’t use the forward assist, but are not necessarily ready to give it up completely.

Roger speaks about the LDFA in evolutionary terms. The idea is that as a carbine and its associated manual of arms evolves, so should that carbine’s controls. In this case, the forward assist is shrinking into a vestigial tail of sorts due to its less common use. It is an interesting way of approaching development for a weapon that has changed as much as the AR-15 has over the years.

The LDFA will be available soon in parkerized 4340 steel, unfinished Ti, and DLC coated Ti.