Magpul is releasing a new color, SAND, that is more than just a new color. Not only does it match the lighter tones in popular camo patterns but it actually contains a new formulation of polymer that is more durable than the black polymer that Magpul currently uses in their Gen M3 line. Due to it’s lighter color, it serves as a better foundation for dying with various colors and camo patterns. 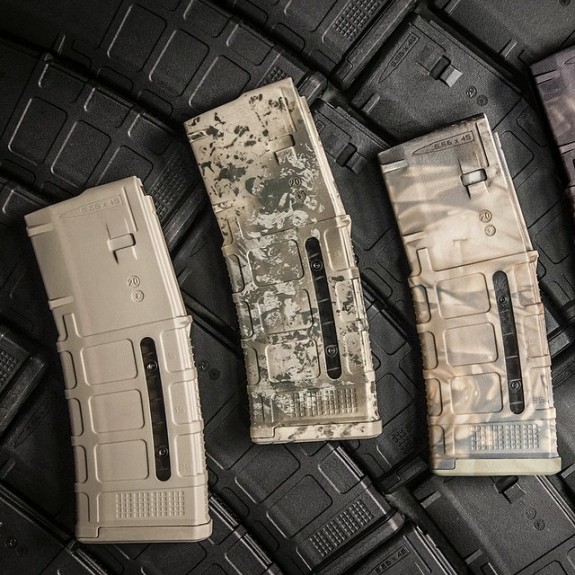 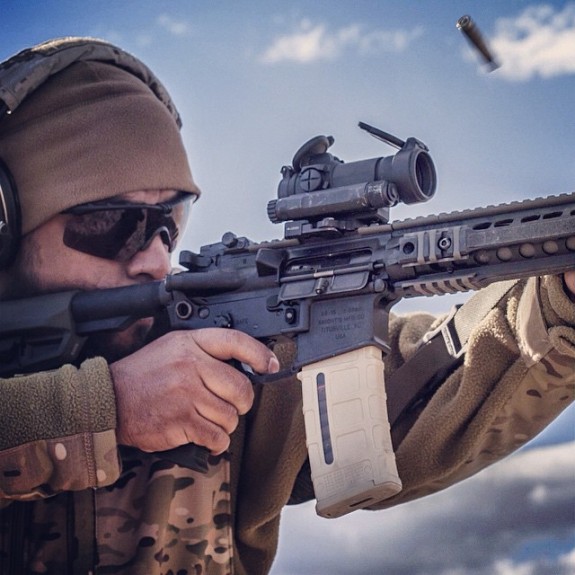 SINCE THE INTRODUCTION OF THE GEN M3 LINE OF PMAGS, THERE HAS BEEN A RECURRING THEME IN REQUESTS FROM OUR CUSTOMERS, AND THAT HAS BEEN A CALL FOR COLOR OPTIONS. UNTIL NOW, THE GEN M3 LINE HAS BEEN MANUFACTURED ONLY IN BLACK. WE’VE BEEN QUIETLY WORKING BEHIND THE SCENES ON SOME THINGS, AND WE’RE FINALLY READY TO SHARE ONE OF THOSE WITH THE WORLD.

We’re introducing a new color to our line. This color, officially named “Sand”, is as much an overall material development as it is a color development. “Sand” is a light, “non-black” color that closely matches some of the lighter tones in popular military camouflage patterns as well as many environments on the current battlefield. In addition to being less significant in the IR spectrum and ideal for many desert environments, this new material has several other meaningful benefits.

STRENGTH This new Sand colored material shares many of the properties and components of our latest black material. Endurance, reliability, chemical resistance, stability, and other parameters are exactly the same. The main difference, due to some proprietary developments in composition, is strength. The GEN M3 AR/M4 PMAG is extremely resilient in black. However, as tough as our basic black material is, the Sand material is even stronger. We’ve seen very significant increases in feed lip drop and other rough handling tests from -60F to 180F—to an extent that it made our initial results hard to believe. Similar proportional increases in the other magazines in our line have been seen in our testing. With this increase in drop strength, we still see the resiliency that makes the PMAG what it is—Feed geometry does not change, unlike metal or softer polymer magazines—and so reliable feeding is not affected by this punishment.

ADDITIONAL COLORS In addition to its physical properties, the color of the Sand material was chosen for another reason. It serves as a perfect foundation for water-based dye processes to change the color of the material or add camouflage patterns without adding surface thickness or scratching off with use. You can see some of the results of a few minutes with common RIT dye and cellophane wrap in the inset photo. If paint is the desired method of camouflage, “Sand” forms a great basis for this also. Dyed magazines can serve as the base for additional paint pattern options.

Expect to see the new “Sand” material making its way through our magazine line very quickly. We’ll have some video tutorials about using dye and paint to change the appearance of this material coming soon.

In related news, Magpul has refreshed their website and many of the new products that were announced last week and a few they haven’t mentioned yet can be viewed.

One Response to Magpul Introduces SAND – More Than Just a Color