Strike Industries claims that their new Venom Flash Hider is among the most effective on the market and they have released video that appears to show favorable performance compared to one of the best known flash suppressors available. The Venom has a 4 prong design that is less than tame. It is long enough to bring a 14.5″ barrel to a non-NFA 16″ of length when permanently attached and has a pre-drilled hole for pinning. 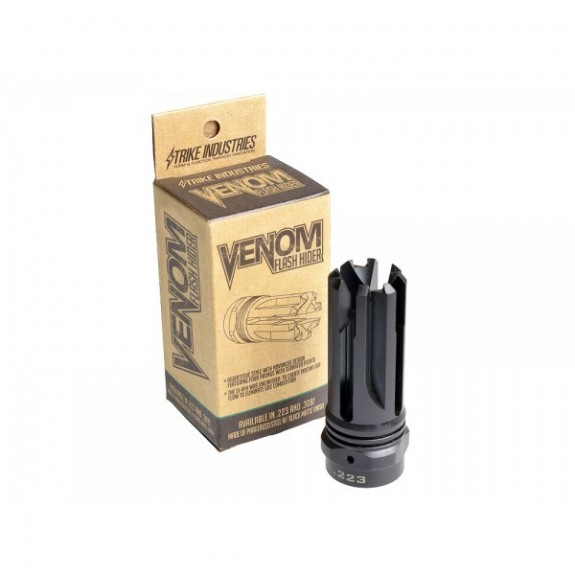 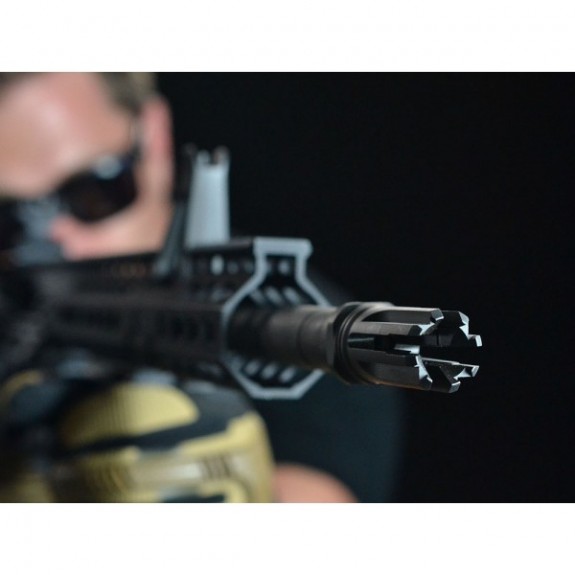