Strike Industries seems to be going all in on AR pistols. They recently opened pre-orders for their Viper PDW Brace and now they have introduced another brace option at a value price – the AR Pistol Stabilizer.

The AR Pistol Stabilizer is designed for use on smooth buffer tubes with a outside diameter of 1.25″. It locks onto the tube via a set screw and features ambidextrous QD sling swivel sockets. This brace also features a fixed sling loop for those who do not want to use QD swivels.

The Strike Industries Viper PDW Stabilizer represents the pinnacle of ultra-compact PDW systems. At the compressed position, the compact Viper PDW allows for effortless maneuverability particularly in close quarters and vehicular operations. With the press of a button, the rapid deployment system instantly springs to the extended position for greater shot stability and faster reaction time. Previous PDW systems for ARs have been notorious for expensive proprietary systems, spotty reliability and poor ergonomics.

This system is designed to be able to drop into your existing platform. The buffer system is carefully engineered to provide high reliability while allowing for the use of standard bolt carriers, allowing for multi-role use with a single system. The included flat-wire spring increases bolt load despite the compact dimensions for greater reliability, even in extreme short barrel configurations.

Included with the Viper PDW is a rubberized cheek rest to create a comfortable cheek weld, a criticism of many competitor PDW systems. At the rear of the buffer tube and beneath the housing, QD cups are built in for expanded sling mounting options.

Unlike most traditional arm stabilizers, the Viper PDW Stabilizer is designed to be ergonomic and comfortable along all planes. The overall design eliminates any snag hazards and abrasion zones resulting in a comfortable cheek-weld and stabilizing interface.

The S3 Sling PRO is essentially a padded version of the S3 Sling previously offered by Strike Industries. This sling boasts the ability to transition from a 2 point sling to a single point sling via YKK Hamerloc side release buckles. The female buckle used to join the sling into a loop in single point mode is stabilized by an elastic webbing strap. The S3 Sling PRO also features a wide elastic tube for storing a tourniquet on the sling itself. The length is adjustable via a ladder adjuster with pull cord. The S3 Sling PRO attaches via 4″ paracord loops. 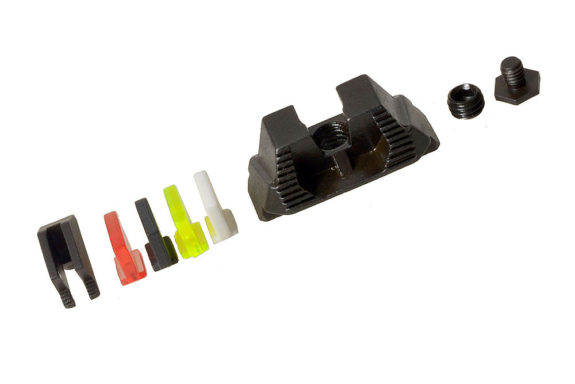 The Strike Industries Angled Quick Detach Socket is lower profile by virtue of its angled design. It also angles the QD swivel back toward the user which makes it easier to release or install the socket while maintaining a firing grip. This could be handy for those using various types of two to one point slings.

The Angled Quick Detach Socket can be mounted on either M-LOK or KeyMod. It will be available soon from StrikeIndustries.com. 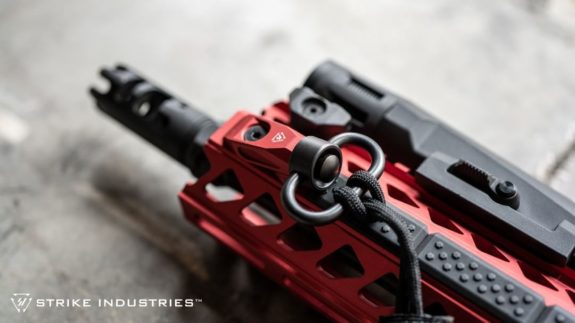 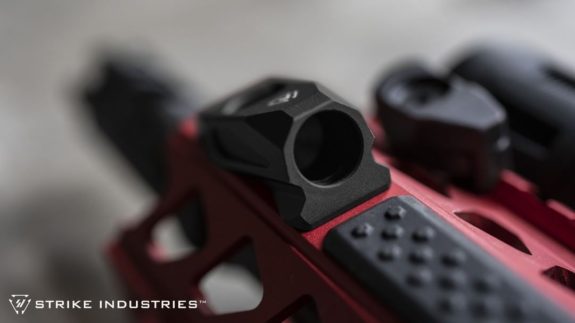