Slick (as in non-railed) “universal” free float hand guards have been on the market for years and have gained in popularity steadily – especially as slimmer, lighter weight versions become available. Initially, only rail sections were available to attach to these hand guards but eventually the market filled in with various other direct-attach accessories like sling mounts, hand stops, and light mounts. One common and useful accessory, the vertical grip, remained a strangely unfilled hole in the market until this year when Unity Tactical announced the availability of their Direct-Mount VFG. 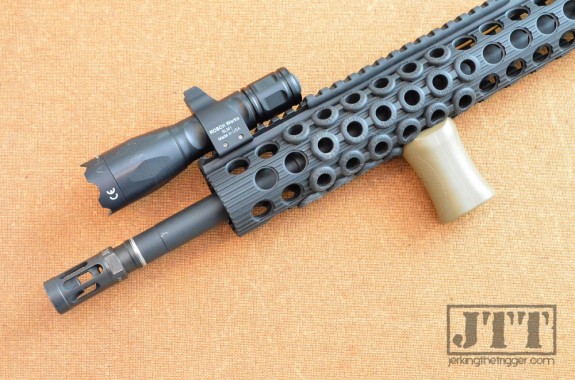 The Direct-Mount VFG is a fairly straight forward piece of gear. It is a vertical grip that is designed to attach directly to slotted hand guards via a screw and nut. It also works with KeyMod and includes all the necessary hardware.

The VFG (vertical fore grip) itself is made of polymer and is lightly textured. It has a brass ferrule molded in for use with KeyMod hardware.

Its weight varies based on the hardware used, but it comes in at under 1.5 ounces. If you know how to use a vertical grip, that is 1.5 ounces well spent.

The top of the Direct-Mount VFG – as in the part that actually contacts the handguard when installed is very cleverly designed. If it was flat or slightly concave, it would only fit rails of certain shapes or diameters. Unity Tactical used two raised ridges (sort of like rails) to allow the Direct-Mount VFG to fit flush on a hand guard of any shape. 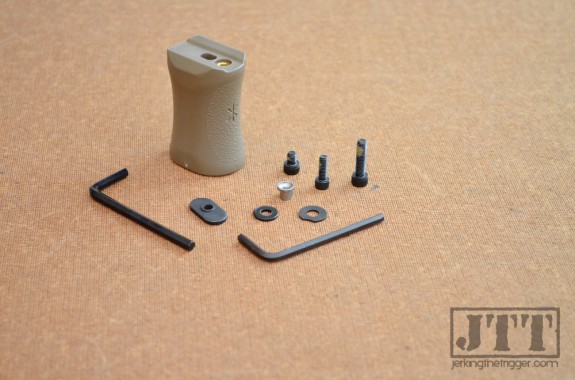 I don’t own a rail with KeyMod on the bottom portion so I just tested the fit on a friend’s rail. It fit and worked well.

My main interest in the Direct-Mount VFG is for use with the various universal rails on the market. I tested it with the Troy Alpha Rail (and similar), ALG Defense EMR, Midwest Industries SS Gen 2, Parallax Tactical FFSSR, and even Magpul MOE Hand Guards. It fit all of them without modification. I have no reason to believe it wouldn’t fit just about universal rail unless the slots were too large or numerous for it to sit square on the hand guard.

The Direct-Mount VFG is very lightly textured. I would prefer a more aggressive texture but I suspect that Unity Tactical knows that guys who care about these things will just stipple it to suit their preference.

The length is what some manufacturers might call a “stubby” grip. You aren’t going to be able to place your entire hand on it in a “chicken choker” grip. However, it is long enough to be used with a thumb forward or thumb over grip. It is also long enough to provide plenty of surface area for stabilizing against a barricade or to push/pull against your forearm in positions that can benefit from this technique like the so-called “brokeback prone.” 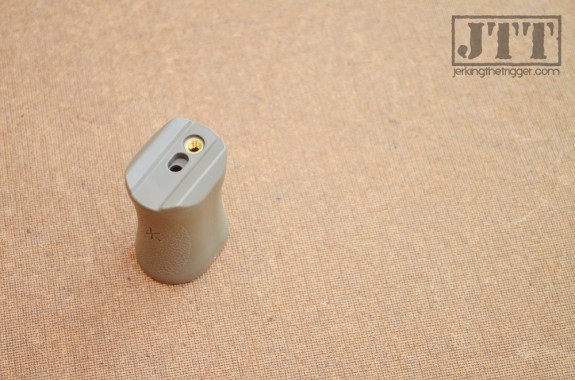 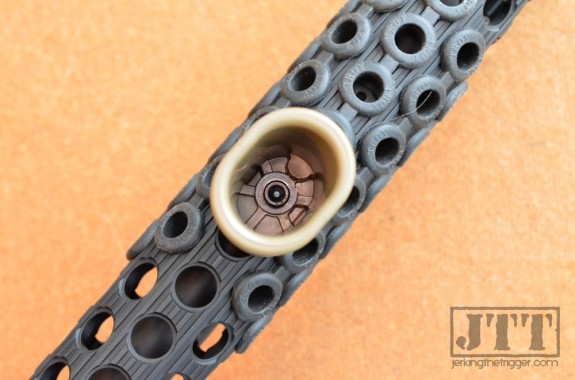 The Direct-Mount VFG is just what I hoped it would be – affordable, simple, lightweight, and effective much like the rails it is designed to be mounted on. The market has waited a long time for this and it doesn’t disappoint.

Check out the Direct-Mount VFG at Unity Tactical.

Disclosure: This product was provided to me by Unity Tactical, free of charge, for review.