The Remora Speed Shotshell Holder manufactured from .120 kydex and holds 2 shotgun shells and attaches to Magpul’s MOE shotgun fore-ends. It was designed by Ares Armor in conjunction with Gunnery Sgt. Ray Conard, Active Marine Corps EOD Tech and SOTG Instructor, to position the shells directly in front of the ejection port and oriented correctly for an emergency reload. 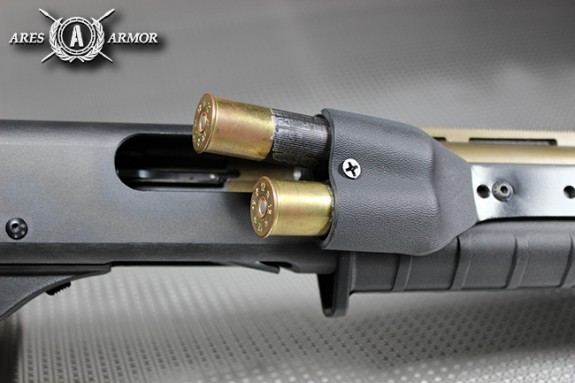 The positioning of this carrier is very clever. When the fore-end is in the rear position, as it would be during a pump action shotgun emergency load, the shells are held extremely close to their final destination which is the shotgun’s action by way of the ejection port. I have not put hands on the Remora but I can see how it would be very, very fast.

Check out the Remora Speed Shotshell Holder at Ares Armor.