The Sneaky Bags NAUTILUS is the next bag in their production line up. This sling style bag has elements of an EDC bag like user configurable organization features but it is also designed to adapt to various discreet weapons carry methods from simply concealing a handgun in its CCW pocket or configured to carry a PDW or SBR.

The NAUTILUS is roughly 21″ tall, 13″ wide, and 7″ deep. It has internal loop covered PALS webbing to organize PALS compatible or Velcro backed pouches or to serve as an attachment point for PDWs and SBRs. The inside of the flap that the front of the pack creates when the bag is opened has zippered mesh pocket organization. The interior sides also feature mesh pouches. 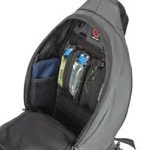 The exterior of the NAUTILUS features a single zippered slash pocket and the appearance of the pack is purposely muted. The CCW pouch can be found behind the pack’s mesh back panel where it is easily accessed by pulling the bag around to your front or side. This can be done with either the left or right hand thanks to the single ambidextrous shoulder strap.

The NAUTILUS will be available soon. Check out Sneaky Bags. 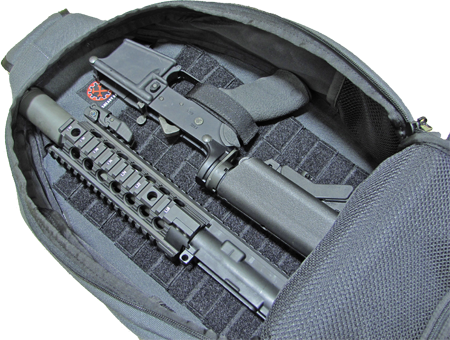 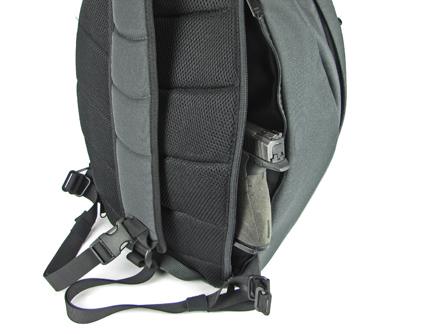