I am not really sure what to call triggers like the Tac-Con 3MR so I guess I will just call it a “faux-auto” trigger. If you are unfamiliar with the 3MR it is basically a trigger that has a fire mode that aids in resetting the trigger. This allows shooters, in theory, to achieve rates of fire that approach full-auto fire except the trigger is still being pulled for every shot so it is still classed as a semi-auto rifle. Some shooters have had great success with the 3MR but others have found that they have been able to exceed the speed offered by the 3MR with a trigger that has already been on the market for some time and is made from one of the most trusted names in triggers – the Geissele Automatics SD-3G. 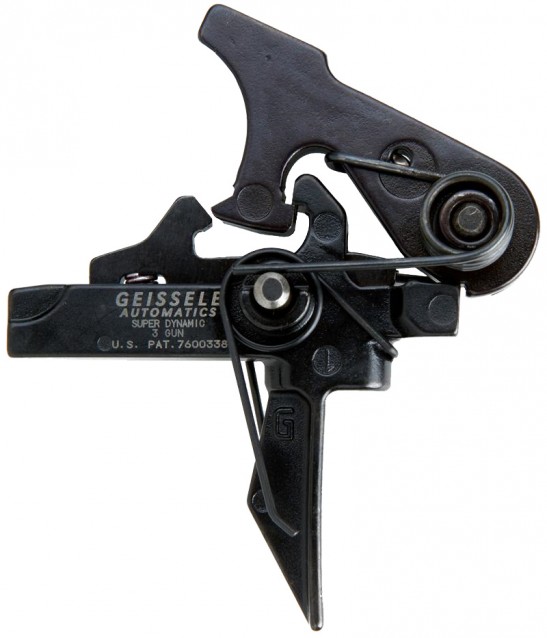 The SD-3G is essentially a 2 stage trigger without the second stage. Its rolling break and flat trigger bow allow for extremely fast follow up shots. Skilled shooters can reach .1 (or faster) splits which is 600 rounds per minute. With that in mind, many shooters have been pestering Geissele to consider developing a trigger based on the SD-3G but with an aided trigger reset like the 3MR. The reasoning is that if the SD-3G is so fast without the aided reset, it should be even faster with it.

Of course, you also get the additional benefit of Geissele Automatics quality, customer service, and a reduced price. That’s right, Geissele Automatics is actually considering making such a trigger and Bill Geissele has said that he can’t imagine how it could cost more than $325 (if it even happens). That certainly isn’t inexpensive but it is less than the 3MR.

You can read more about the pressure to make the trigger at AR15.com. The thread includes responses from Geissele.