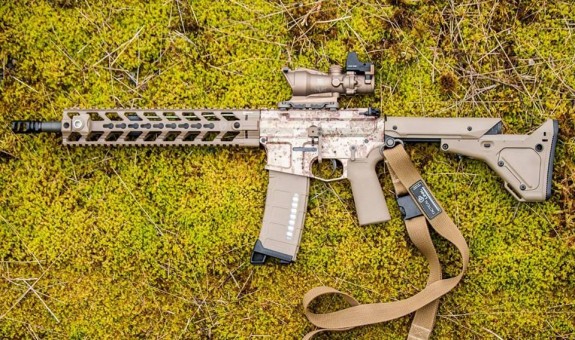 It looks like PenCott is planning on a full court press at SHOT Show. Keep your eye out for them because they can be hard to see… That’s a little camo humor… never mind.

The 2014 SHOT Show will include the unveiling of a range of tactical clothing in PenCott patterns by TAC Wear.  TAC Wear is well known by many as the ultimate in performance apparel for the law enforcement, military, sports and outdoors markets.  With category-leading comfort and durability TW products are built to last – and now they are built to conceal just as well.  In addition to their own standard patterns, TAC Wear will also be producing the Pathfinder BDU and Predator Jacket and Trousers sets under license from Hyde Definition.    Visit TAC Wear at booth # 20052.

As announced in November, Tactical Tailor is offers a wide range of web gear, pouches and packs in the PenCott family of camouflage patterns.  See more of the Tactical Tailor PenCott products here, and on Tactical Tailor’s website: www.tacticaltailor.com/PenCottProducts

Contact GW Ayers at Tactical Tailor to arrange a meeting at the SHOT Show.

Karrimor SF’s gear has fought Al-Qaeda and the Taliban in Iraq and Afghanistan, has climbed mountains, gone on safari and been generally used-and-abused by soldiers and adventurers on every continent in the world.  Karrimor SF will be showing a selected sub-set of their range of packs in GreenZone™ and BadLands™ at the SHOT Show.

Contact Lindsey Lea at Grey Ghost Gear to arrange a meeting at the SHOT Show.

Grey Ghost Gear is the exclusive US distributor of Karrimor SF products.

Home of exclusive hard-anodized PenCott-pattern finishes, one of Double D Armory’s AR rifles finished in PenCott-BadLands™ will be gracing a mannequin at the TAC Wear booth (#20052), and another Double D rifle will be on the EO-Tech booth.

Warhorse Tactical is now offering durable, custom-painted, PenCott-coatings – one or more of their rifles will be at the SHOT Show – location(s) to be confirmed…

The Secret Ninja Mountain Squirrels of DMDC will be scurrying around the SHOT Show in their Centurion Light Fighter Parkas in several PenCott camouflage patterns.  Catch one if you can…

One Response to PenCott at SHOT Show