V7 Weapon systems is doing some fascinating things with some familiar AR-15 parts by making them from new materials. By using these new materials they are able to bring new functionality, mainly in the form of weight reduction, to parts you likely never give much thought – like your end plate and castle nut. 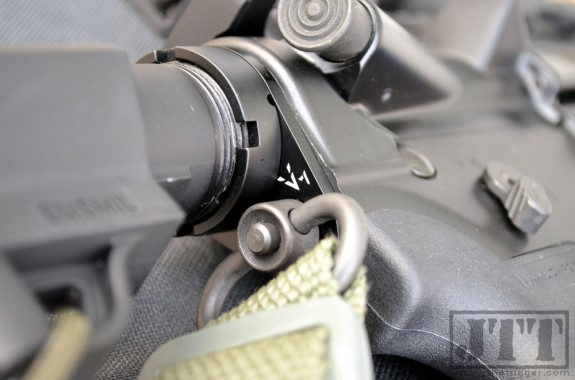 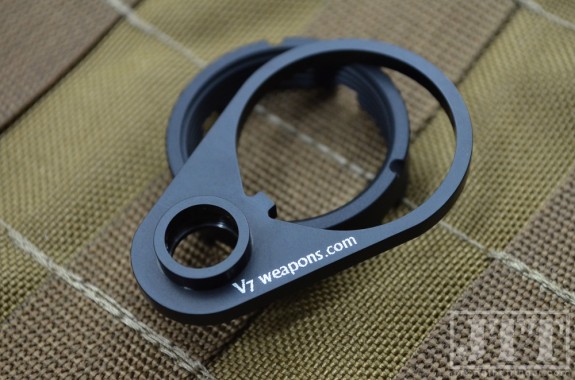 I installed the V7 QD Endplate and Lightweight Castle Nut on an already lightweight carbine and I think this is probably where they shine the most. Certainly, every ounce counts when you have to carry it over long distances but, realistically, you probably won’t notice the .7 ounce reduction in weight over the standard parts on an already heavy carbine. On a lightweight carbine, which already has parts chosen to reduce weight, these parts can help the overall weight reduction efforts.

The V7 QD Endplate seems to perform like any other end plate QD sling mount and that is a good thing because it weighs less than any I am aware of. I am generally more comfortable with steel QD sockets, especially at the rear attachment point since it takes so much of the load when the weapon is sling, but I have seen no appreciable wear in several range trips and I have used aluminum QD sling end plates before without issue. Like any good end plate, it can and should be staked and staking the aluminum is quite easy. I just use a center punch. 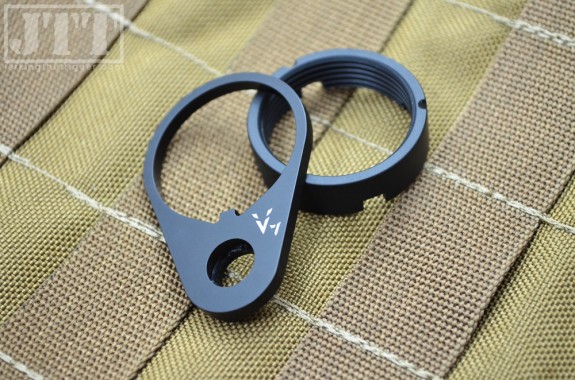 I have no way of testing the claimed strength of the “super aluminum alloy” from which the V7 Lightweight Castle Nut is manufactured. The only thing that I could think to do was to mortar the carbine several times to simulate clearing a stuck case. I figured that was a realistic test that was likely to stress the junction of the receiver extension and the receiver. I mortared the carbine 10 times vigorously with no ill effects. I suspect that with any sot of realistic testing, the receiver extension is more likely to fail where it threads into the receiver than for the castle nut (regardless of material). 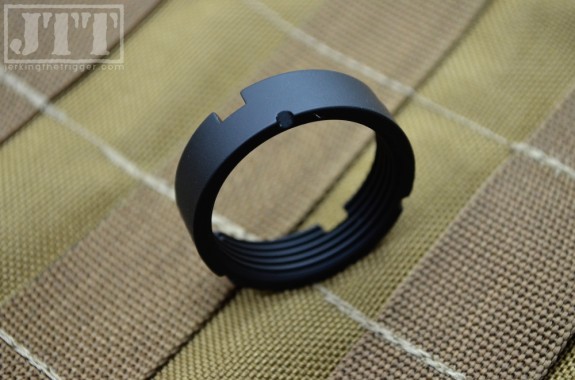 The V7 QD Endplate isn’t earth shattering, there are other QD end plates, but it is functional and it is the lightest of its kind that I am aware of which gives it merit. The V7 Lightweight Castle Nut is more innovative. V7 Weapon Systems was able to identify the castle nut as a location to reduce weight with little to no durability penalty and, when this type of thinking is applied to the entire carbine, good things happen. Pick up the combo at V7 Weapon Systems.

V7 Weapons Systems is definitely company to watch. They are doing some very interesting and unique things right now.