We told you about the Killer Key a while ago and now Vigilant Gear has turned up another slick little device from DSG Laboratories. The Micro Escape Tool is a compact, multi-functional tool that would be at home in just about any compact survival or E&E kit. 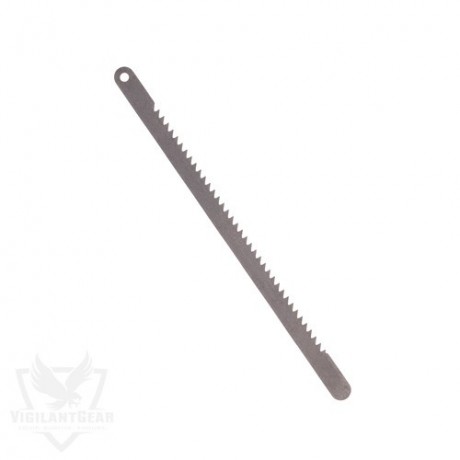 The Micro Escape Too certainly lives up to its micro moniker. It is just 2″ long, 1/8″ wide, and 1/64″ thick and only weighs .01 ounce. It is basically a handcuff shim with a built in saw. It can be used to shim a set of handcuffs or saw through flex cuffs or other materials that are commonly used to improvise restraints. The included lanyard hold increases the potential concealment and carry options. A small lanyard would also make it more comfortable to hold such a small tool.

Check out the Micro Escape Tool at Vigilant Gear.