A reader recently emailed me with a tale of woe that will make any gun owner cringe. He was at the range with his beloved boom stick, making some noise and generally enjoying life. All of a sudden, there was an extra loud bang and his magazine ejected it itself. He was uninjured but the same couldn’t be said of the rifle. His upper receiver had an obvious crack and split among other issues.

He contacted the ammo manufacturer and one of the first things that they wanted to know was the lot number of the ammunition that he was using. Unfortunately, he had no idea because he loaded his mags at the range, pitched all the boxes, and didn’t think to pick one out of the trash on his way out. Thankfully, the ammo company is still going to make things right but I am not sure that all manufacturers would.

How to Protect Yourself

We are coming through one the most unprecedented firearm and ammo buying frenzies ever seen in this country. Ammo manufacturers have been running at full capacity and beyond in an effort to keep up with demand. You can call me cynical, but I suspect that during times like this, quality control takes at least a small hit. So, it is important to hedge your bets as much as possible. 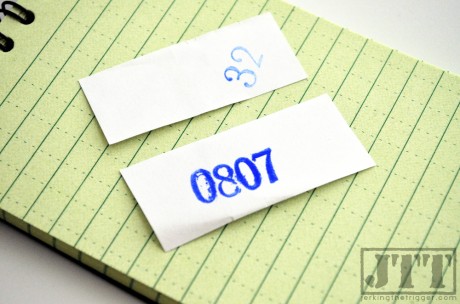 You can’t always avoid ammo related gun destruction but you can take steps to protect yourself if they happen. Don’t forget the eye and ear protection!

2 Responses to Inspect Your Ammo and Retain Your Ammo Lot Number!