Impact Weapons Components (IWC) has specialized in direct connect weapon components for years now. It should come as no surprise that they are jumping into the KeyMod mix in a big way. In this post, I’ll highlight two of IWC’s current KeyMod offerings and debut two brand new offerings that are the result of the productive Impact Weapons Components/Haley Strategic Partners collaboration.

The Weapon Control MOUNT-N-SLOT KeyMod and KeyMod QD RL Sling Mount have been around for a few months now. These are exactly the types of solid, well executed mounts that you have come to expect from IWC.

The Weapon Control MOUNT-N-SLOT KeyMod is narrower than IWC’s previous hand stops. I would prefer it was a bit wider but it works just the way it is – in fact, the narrower form factor may be more practical, my preferences aside. I like to mount these on the bottom of the handguard and use them to pull the carbine back into the shoulder pocket. Alternately, they can be used as a true hand stop to keep your hand from slipping up onto the barrel or on a side rail as an index point for the web of your hand. 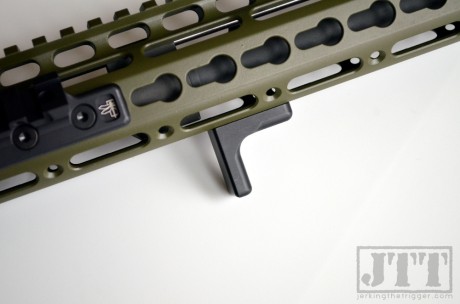 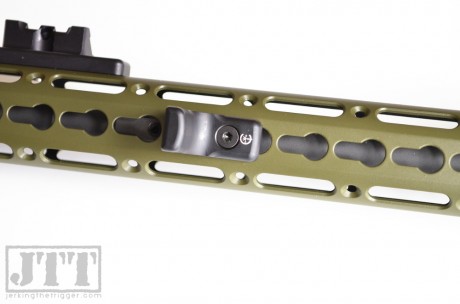 The KeyMod QD RL Sling Mount is just about as low profile as possible. It requires a certain amount of thickness in order to accept the QD sling swivel. It is just thick enough to accept the swivel but no more. The KeyMod QD RL Sling Mount is rotation limited. You can mount this just about anywhere along the length of the handguard but I prefer to mount my slings as close to the receiver as possible. 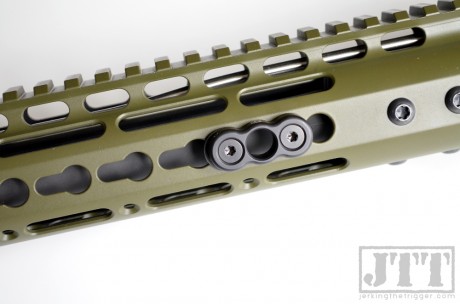 The Thorntail KeyMod MIL620 Light Mount is going to be very attractive to night vision users. It gives you the ability to mount many of the most popular IR illuminators on the market, namely the Surefire M620V and M952V. It also works with many other white light options including the new Surefire M620 Ultra and any of the Surefire M9XX Millennium Series lights. It tucks the light in close to the rail like all other Thorntail mounts. 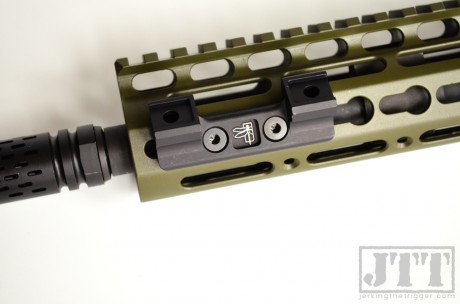 The Thorntail Offset KeyMod Light Mount is an absolute gem of a mount. It may be the last KeyMod light mount you ever need to buy since it is modular enough to work with a ton of lights including: 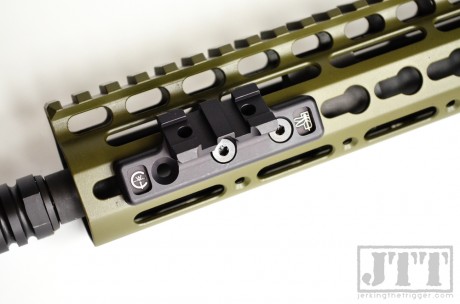 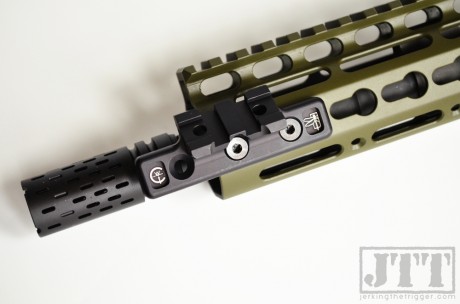 It achieves this wide spread compatibility with its unique mounting surface that includes a short 1913 rail section for use with rail mounted lights, grooved mounting slots for Surefire Scout lights, and the ability to accept IWC’s hand held light mounting rings. This modularity not only allows you to mount different types of lights but also allows you to adapt it to new lights and technology as they are released.

The light is placed tight to the rail and can be switched to the left or right side of the rail depending on the user’s preference. The Thorntail Offset KeyMod Light Mount also features a unique 3 hole mounting interface that allows the user to move the mounting locations to the position that is most advantageous. This means that you can actually cantilever the light forward, past the end of your rail. That is very slick. 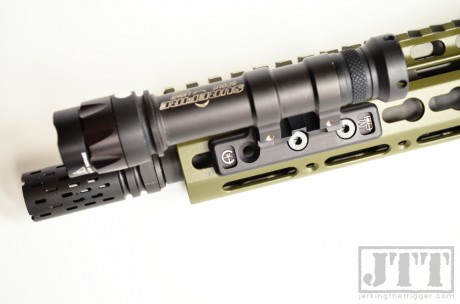 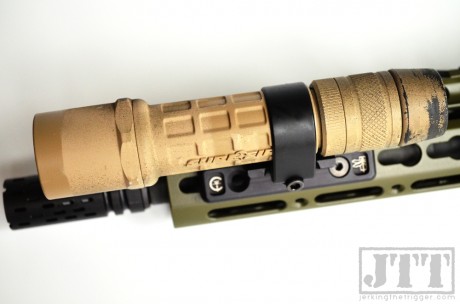 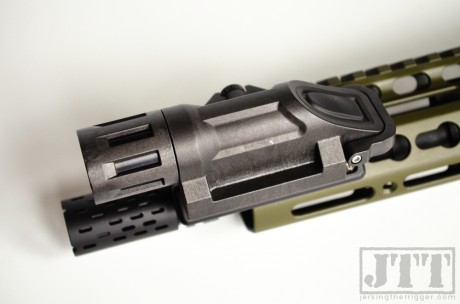 One Response to KeyMod Mounts from IWC and Haley Strategic Partners