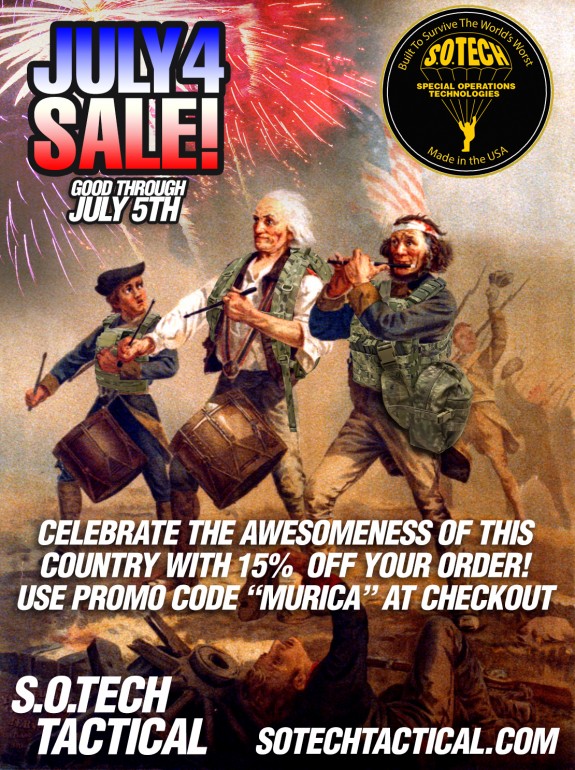 Use promo code MURICA at check out to save 15% your order at S.O. Tech. The sale runs through the 5th. Now would be a great time to pick up a Go Bag! 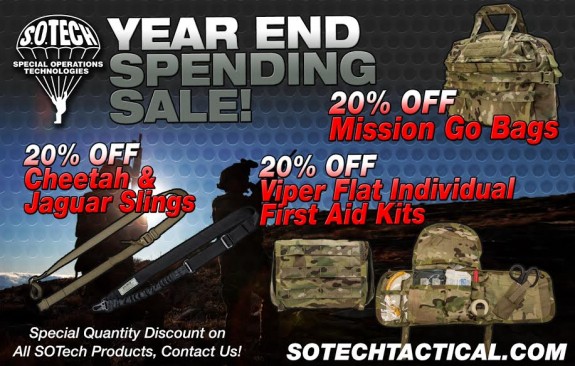 I am just a regular guy and obviously not the intended audience for S.O. Tech’s new Cobra SIS Vest and its accessories. However, they just released a video that puts its features on full display and it has a ton of really slick features that make it worth mentioning here. 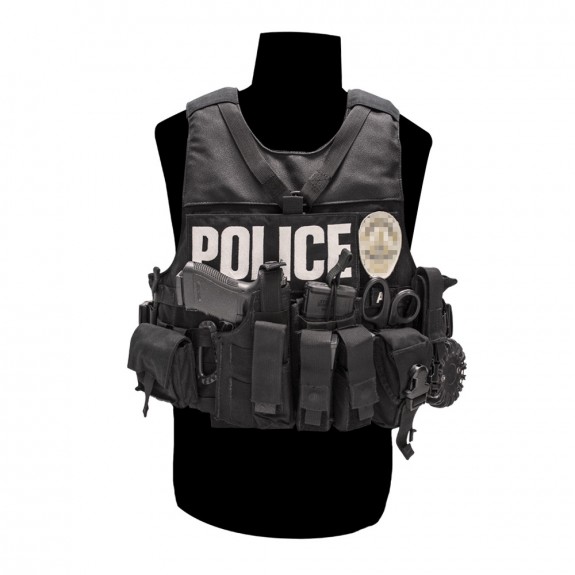 Within the first few seconds of the video, you get to see how the Cobra SIS Vest can go from low profile to fully donned in the blink of an eye. That is pretty darn cool.

The fact that the vest is designed to accept a sling in a very integrated way is also very interesting.

Check out the video below and then take a peak at all the Cobra SIS accessories at S.O. Tech. 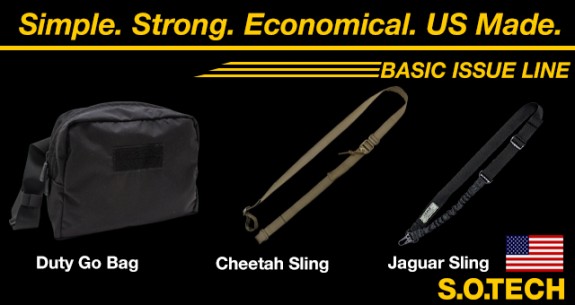 The S.O. Tech Basic Issue Line is a new line of no frills, American made tactical gear at very attractive prices. The new line includes a new bag, the Duty Go Bag, and two new slings, the Jaguar Single Point and the Cheetah 2 Point Sling.

Check out the videos below for more details. 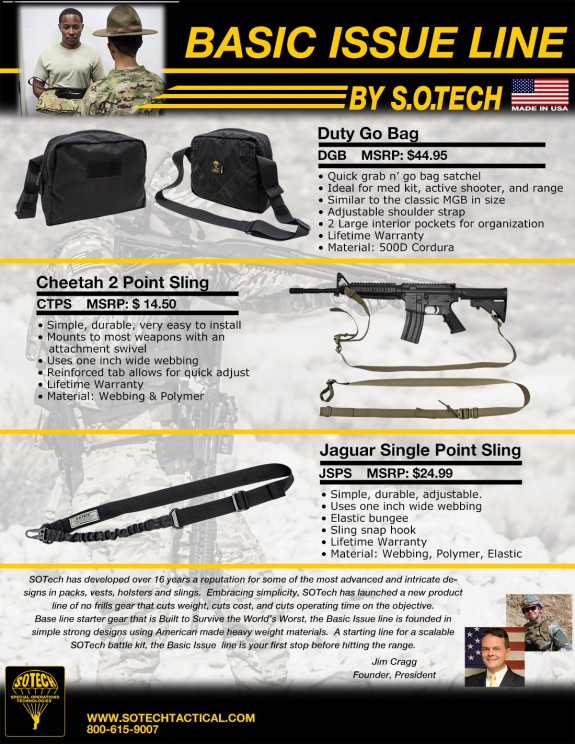 The S.O. Tech MACTAC Pack is designed to convert from dual strap backpack carry to single strap backpack carry or briefcase carry. The straps can be be configured to support each of the three different carry methods by the user. The dual strap set up provides stability while the single strap and briefcase configurations allow you to pull the pack around in front of you for easy access to the contents.

The MACTAC Pack features a large 11” x 5.5” x 16” main compartment. There is a rear slash compartment with left and right side access that can be used for CCW. The front pocket is sized to fit a tablet computer. The front of the pack is covered with PALS webbing and there are carry handles on both sides and the top. The pockets are lined with loop Velcro for use with Velcro backed pouches.

S.O. Tech provides some background on the MACTAC Pack:

The Multiple Assault Counter-Terrorism Action Capability pack was designed with elements of LAPD and LASD actions in mind. Allowing carry of terrorism response gear in one kit. In response to the Mumbai Assault of 2008 where multiple civilian centers were targeted simultaneously, LAPD and LASD developed MACTAC to train and equip multiple teams around urban environments to engage attacking terrorists with rifles, plate carriers, and tactical systems deployed from the pack. This pack first carries assault gear, then converts to a satchel for easy draw of ammunition and grenades during the assault phase.

It looks like it could be a good EDC pack even if you aren’t part of a counter-terrorism unit. It is slated for release in June. Check out the MACTAC on SpecOpsTech.com.