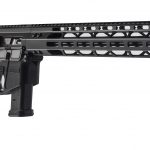 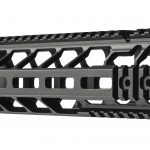 Primary Weapons System’s (PWS) new FSC MOD 2 has some big shoes to fill. The FSC series of muzzle devices with the FSC556 in particular, are iconic for their dead-level muzzle control and sufficient flash suppression. They were some of the earliest of the so called hybrid muzzle devices and they remain some of the best in terms of performance.

The new FSC MOD 2 appears to have a very similar design for the device’s side ports but the flash suppression prongs have been done away with in favor of a closed end with slots. As long as the FSC muzzle devices continue to offer the neutral muzzle control that made shooters fall in love with them, this new version will be a hit.

Check out the FSC Series page at PWS. As of the time of this writing, all previous generation FSC devices are shown out of stock and the FSC MOD 2 is not yet listed.

Check out the new PWS website and online store. 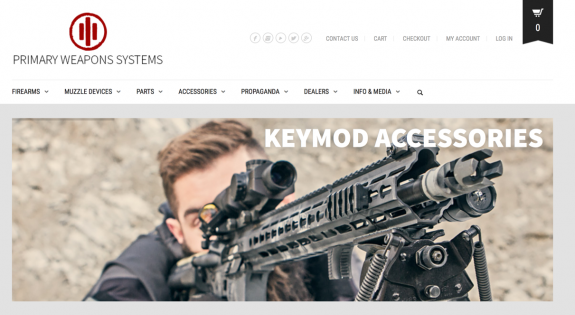 PWS is well known for their piston AR-15s. Now they are throwing their hat into the direct impingement (DI) ring.

Their DI uppers share many of the same features with their piston uppers like extended length KeyMod rails, QPQ (nitriding) processed barrels, and they are topped off with one of PWS’ great muzzle devices. The barrels have a 1 in 8″ twist and they feature a .223 Wylde chamber which should help a bit with accuracy while also handling 5.56 spec ammo.

The MAP for these uppers is $699 which isn’t bad considering what you get. That is especially true for the 14.5″ version since pinning and welding a muzzle device usually costs extra.

Check out the new DI uppers at PWS.

PWS is now including an SB-15 Pistol Stabilizing Brace with all their AR Pistols with no price increase! How cool is that?

Check out PWS and their full line of piston operated ARs.