Lot’s of folks love their Ruger American rifles, and they love them for all types of reasons. Most are infatuated with the intrinsic accuracy the platform demonstrates, others simply dig the “bang for the buck” that they’ve been treated to. Many bought them initially because they are inexpensive but after they shoot them a few times they realize they have found a tack driver hiding within the often slightly warped oem plastic stock. Some folks leave them almost completely stock, but others take advantage of the ever growing aftermarket to customize their RA’s, RAR’s, and RAP’s (Ruger American, Ruger American Ranch, and Ruger American Predator, respectively).

Many owners enjoy adding a different stock or going with a chassis set up, toying with various optics, and generally hot-rodding their budget rifles into some high performing but not budget busting rifles that they can be certain will hold their own in any endeavor. From mild to wild, RA owners are no strangers to seeking out what performs well.

One of the items frequently changed from the OEM part is the plastic bolt shroud. It gets replaced with an aftermarket offering typically made of aluminum or titanium. While there is nothing inherently “wrong” with the plastic shroud other than the material it is made from, the manufacturers of metal bolt shrouds have enjoyed brisk business with folks looking to get rid of the polymer. Now they have a value added reason to do so…

We at Indian Creek Design, being more concerned with function over form if there needs to be a decision made between the two, often wondered what the draw was as we’d never had any issues with our 6.5 Creedmoor RAP’s OEM bolt shroud. While not being enamored with the plastic part, it’s not a high function part, being simply there to cover the mechanical bits of the firing pin assembly. Then we had a crazy idea, and after some strenuous R/D testing, we are happy to debut our Ruger American SACS (Sportsman’s Anti Cant Shroud). 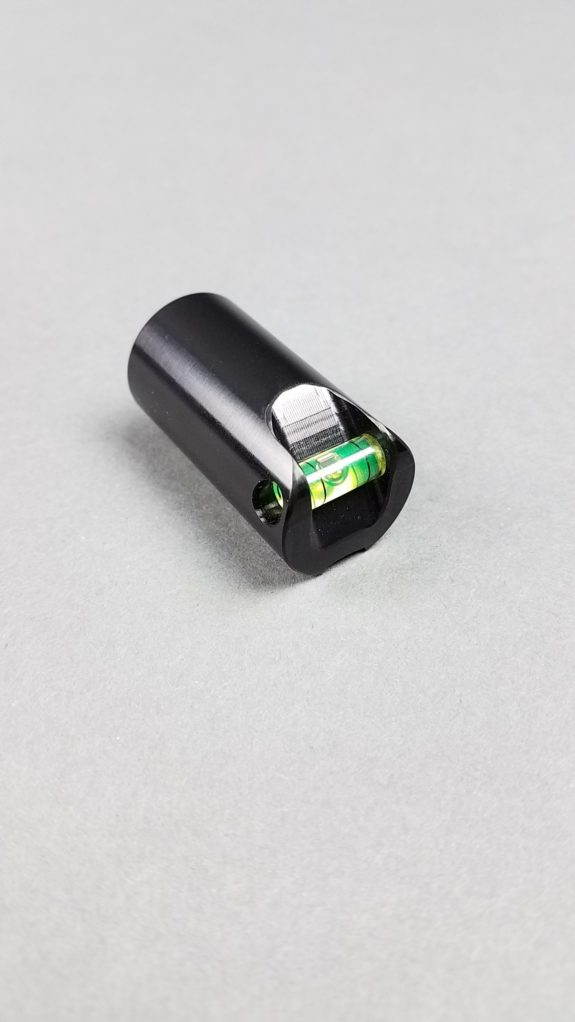 Yes, you read that right, a bolt shroud with an incorporated spirit level to indicate cant. We’ve heard it before, the “but wait, that can’t work!” crowd weighing in. The doubters were all over our BFD (Blast Forwarding Device) too, and if you have used one of those we know because can see your satisfied smile from here. We’ll level with ya, it can work, it does work, and it is pretty awesome. Enough of the puns already though. The level is mounted in the shroud, which just happens to be on the bore axis, so the cant indication is much more immediate than with a similar size level hanging off the scope a few inches off the axis. This different vector allows the SACS to indicate before a scope mounted level even budges.

We fully understand that some long distance folks will want to opt for higher tech devices, wider/longer levels, or the cool electronic levels, and that’s perfectly OK with us. If you’re hunter who wants to make sure you’re doing what you can to ensure an ethical shot is in the offing, without hanging more brush grabbing stuff off the side of your optic, then we have got something for you. For the PRS guys running RA’s & RAP’s, the SACS is an awesome way to not have to bob your head to see that scope mounted level while you are on the clock. You don’t “look at” the SACS so much as just “see” it while you are on the scope. It doesn’t require any head movement whatsoever.

The bottom line is, now you don’t just replace your OEM bolt shroud because it is plastic, you can replace it because you want to add more integrity AND some functional utility, all in one device. The ICD SACS are machined from 6061 Aluminum and they are finished in a black Type II anodizing, all with an MSRP of under $55.00. As with all of our products, they are 100% made in America in our southwest Idaho machining center. 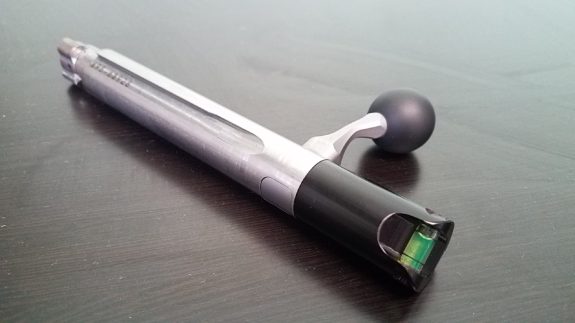 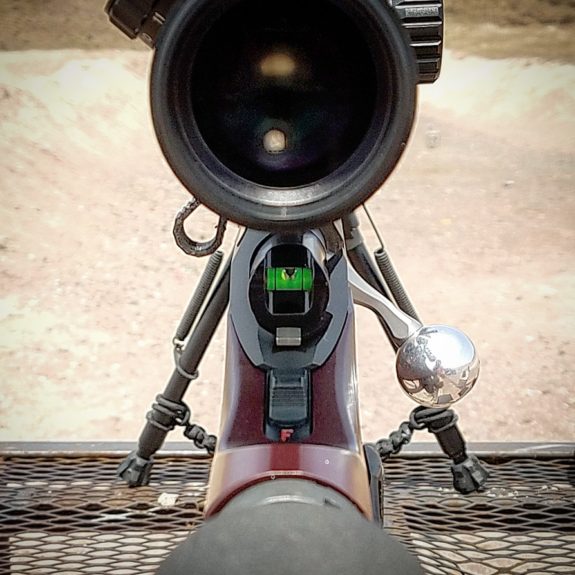 Nampa, Idaho, December 5, 2017 –     Sturm, Ruger and Co. has unwittingly expanded the vocabulary of tens of thousands of rifle shooters since 2012 with their Ruger American line of centerfire rifles. They brought terms such as “sub-moa”,”milliradian”, and “ballistic coefficient” out of the realm of precision shooters and to the masses as Ruger American (RA) owners realized the phenomenal intrinsic accuracy available in their budget rifle. This has spawned a booming wave of RA groups on social media and the internet where like-minded owners of the Ruger bolt guns get together and compare shot groups and match scores while collectively wishing for more aftermarket support for their chosen brand and model. 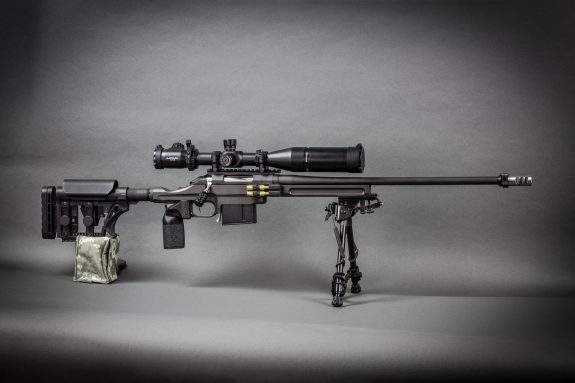 While easy access via a modest price point seals the initial purchase deal for many who may be new to the bolt gun arena, those coming from the AR world are used to having a mountain of accessories readily available to choose from which they can personalize their rifles. Couple this with the increase in the popularity of long range shooting and the Precision Rifle Series (PRS) and now there are tens of thousands of folks looking to hot rod their budget rifle, converting them into personalized precision rifles. The Ruger American, American Ranch, and the American Predator all punch well above their weight class in the accuracy department so the desire for customization is a natural progression for many owners. An increase in various vendors offering stocks, tactical bolt handles, and other accessories to satisfy the growing appetite of the ever expanding group of RA owners has emerged but the choices for a chassis system remained very slim.

There are literally dozens of chassis designs available for a Remington 700 action but the Ruger American market has been quite underserved, until now that is. The challenge at Indian Creek Design was to make a chassis that spoke to the value-oriented owners of the RA, enhancing its capabilities without any overly extravagant bells and whistles that would add unnecessary expense. Offering features that are meaningful and that add to the performance and enjoyment of the rifle were imperatives while specifically addressing the two most glaring negatives associated with the RA, the OEM stock’s carnival contortionist level of flexibility and the OEM rotary magazine’s seemingly willful disregard for reliable feeding. 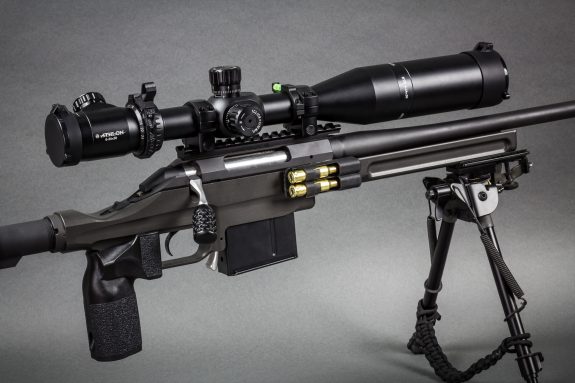 Drawing from our 3 decades of experience in action sports and firearm component design and manufacturing, along with feedback from both RA owners and a pool of long range/tactical sport shooters, we identified certain features and attributes that were desired. From this data and our experience we developed a fully modular RA Short Action “action housing” and modular fore-ends that combine into our RA “MoFo” (Modular Fore-end) Chassis. Weighing in at a svelte 1.6 pounds before adding other components, the chassis/fore-end user who wants more weight in their rifle can simply add it where they desire to manipulate the balance as they see fit. The “MoFo” chassis fits both the Ruger American as well as the American Predator short actions and is available for lefty’s as well as those who shoot from the right side, with a long action model in development as well.

The ICD chassis accepts both commercial and Mil-Spec AR style buffer tubes, collapsible buttstocks, and AR grips while featuring the buyer’s choice of 1 of our 2 standard fore-ends for a more personalized feel. One fore-end, aptly called Slimmy, offers a minimalist approach while still having multiple flats for barrier shooting. A more rectangular version, reminiscent of the Thompson submachine gun fore-end of WWII fame, affectionately known as the Tommy, features a full length flat from the action housing’s mag well/ barrier stop all the way to the tip of the fore-end, perfect for barrier or improvised shooting positions. Both standard fore-ends feature threaded holes spaced for mounting pic rail for any accessories a shooter may desire, and both come standard with a sling swivel so mounting the ubiquitous “Harris” style bipod is a snap. 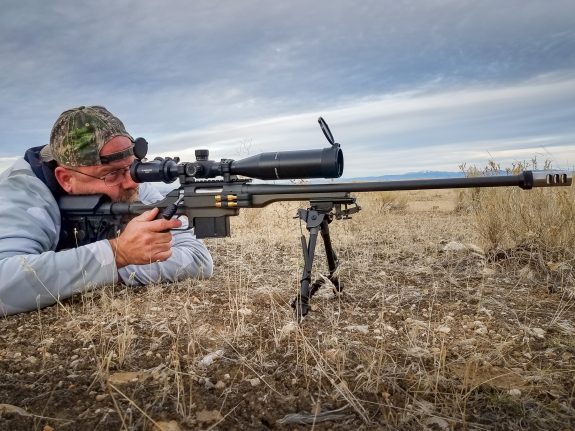 In addition to the modularity, fore-end length was a design factor as users wanted to not have to make a choice between bipod use or being able to use the fore-end as a handhold or for resting on a barricade. Both choices of fore-ends are the same length as the OEM stock, offering ample room for the shooter while maintaining absolute rigidity. The chassis and fore-ends will accept a zero taper barrel all the way up to a massive 1.4″ in diameter. There are more optional fore-ends being developed to fi the action housing, including one that accepts AR style hand guards as well as a “tactical match” specific design featuring a built in swiss rail cut and Magpul’s M-lok cutouts for other accessory additions.

The CNC milled 6061 aluminum chassis and fore-ends are finished in Matte Black or Gunner Gray in a Type III hardcoat anodize, with options to purchase them in the raw if a custom finish is desired. The Indian Creek Design “MoFo” Chassis is 100% American made with a MSRP of $399.95. The chassis is competitively priced, properly outfitted, and ready to satisfy the long distance shooter, precision rifle competitor, hunter, or just the firearm hot-rodder in all of us. 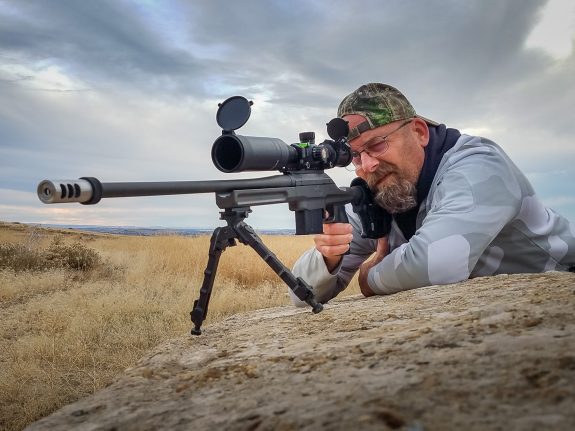 The Ruger American Rifle has proven to be a real performer in its price range and the aftermarket is taking notice. There are already a few stock and chassis options for the budget rifle. Now, Indian Creek Design may be the next in line to bring a chassis to market. 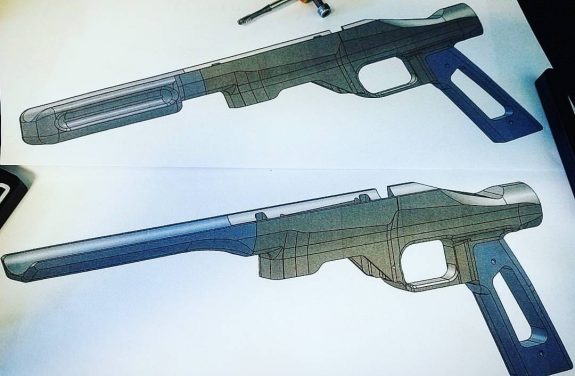 Indian Creek Design gave us a sneak peek of a Ruger American short action chassis they are designing. It features the ability to accept AR-15 grips and stocks along with options for various foreends. The prototypes are shown wearing Indian Creek Design’s AR/1911 Grip Frame Adapter which would allow the user to affix standard 1911 grips.

Stay tuned for pricing and availability.