By Matt on January 8, 2014 in EDC, Preparedness, Survival

The FLIR ONE, a new thermal imaging case for the iPhone 5, is pretty slick on a number of levels. The nerd in me thinks it is very cool to see the cost of thermal imaging equipment falling (the FLIR ONE’s expected retail is under $350). The concerned citizen in me sees all kinds of potential for monitoring what is going on around the house. The gadget lover in me is currently shaking, in a cold sweat, and unable to utter anything other than “Want!’ 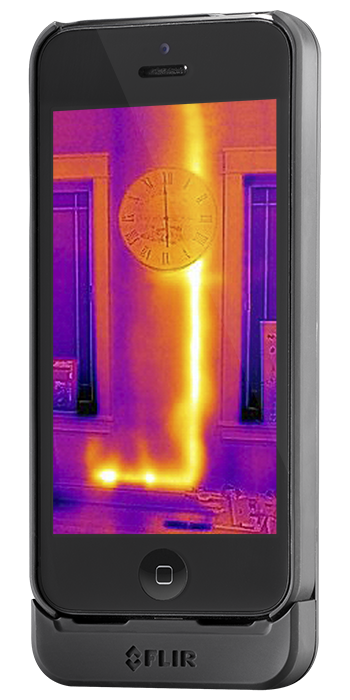 FLIR ONE uses your iPhone’s screen to display an image that is an amalgamation of an actual picture and the thermal image. This combined image offers higher resolution.

It has its own on-board battery supply and will be available in three colors, none of which are Flat Dark Earth (space grey, white and gold). FLIR will be releasing a development kit so, hopefully, developers can come up with some useful ways to integrate FLIR ONE’s thermal imaging into other apps.

There is a thread on M4Carbine.net with a ton of useful information about the FLIR ONE and its potential capabilities.