The tang safety found on Mossberg shotguns great in that they are completely ambidextrous and intuitive but many shooters will find that they have to break their grip in order to operate it. There are countless after-market safeties available that make the safety switch larger but none really address the issue of having to break your firing grip. Until now… 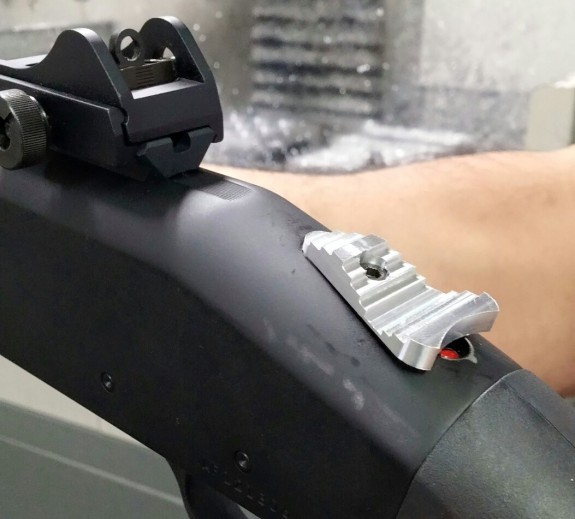 The upcoming CDM Gear Mossberg Shotgun Safety looks to have a ton of potential. It is both wider than the factory safety switch and it extends back toward the buttstock. It’s shape actually moves the switch back toward the shooter’s weapon-side hand by about one ince. The extra length and the extra width in strategic places, should make it much easier to reach.

The attention to detail here seems quite good as CDM Gear has even shaped the safety so that the visual safe/fire indicator is still functional as intended by Mossberg.

The CDM Gear Mossberg Shotgun Safety will be available soon. Check out CDM Gear for news and details.