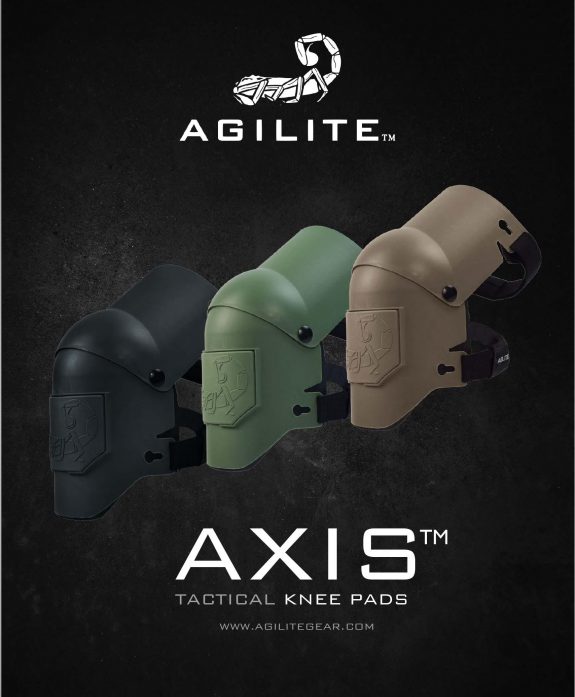 A 2017 adaptation of an old industrial design, Axis’s primary advantage is that unlike regular knee pads, they do not fall down. Whilst rather unusual in appearance (they are nicknamed “Robocop Knee Pads” in Israel), they outperformed every other type of knee pads in extensive IDF trials that spanned several months.

Agilite worked with IDF SF units to perfect the design which provides over 180 degrees of polymer, hard protection as well as internal closed-cell memory foam for comfort even over extended periods. They are also exceptionally light, weighing in at just 9oz (255g).

“Anyone who has spent five minutes in the military knows that with regular knee pads you spend all your time picking them up from your ankles. You put Axis on your knees and forget about them,” said Eric M, a five year veteran of Israel’s Navy SEALS (Shayetet 13) and Head of International sales at Agilite. “The look of them takes some getting used to but they outperform every other tactical knee pad by miles” said Marks. They are also preferential over internal pant knee pads as they provide exponentially more protection, surface coverage and comfort.

The IDF was looking for a new knee pad with increased durability and performance that does not fall down in order to increase combat awareness and the Agilite Axis was selected after an extended period in IDF SOF.

Agilite is now beginning trials of the Axis knee pads in SOF groups across Europe and North America.

Axis are available in Ranger Green, Flat Dark Earth (FDE) and Black from www.agilitegear.com or authorized Agilite dealers and retail at just $32.90.

Agilite Systems is Israel’s premier designer and manufacturer of tactical and rescue equipment and apparel. It supplies top tier Special Forces around the world as well as Military, Law Enforcement and Search and Rescue Organizations worldwide. See more on Agilite at www.agilitegear.com

Agilite’s new Right to Bear Arms Shirt is now available. It features a clever sequence of pictograms that conveys a pro-Constitution message and leaves little doubt where you stand on the matter of the 2nd Amendment.

Agilite was gracious enough to provide an exclusive coupon code that will save you some coin on this shirt. Use code “JTFJTT” at checkout. You can find the shirt at Agilite’s website. 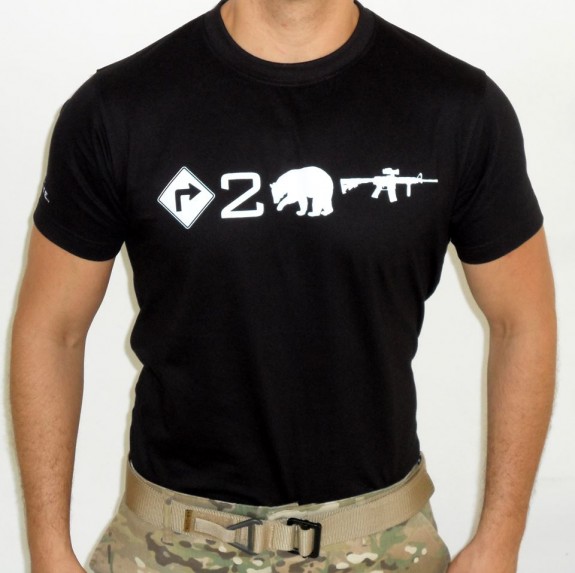