Carbon Tactics is at it again. They just launched their 11th Kickstarter campaign for a belt a completely new buckle design… a design with a quick release mechanism that should be very familiar to you. The crowd funding campaign launched yesterday and it is has already more than doubled its funding goal. 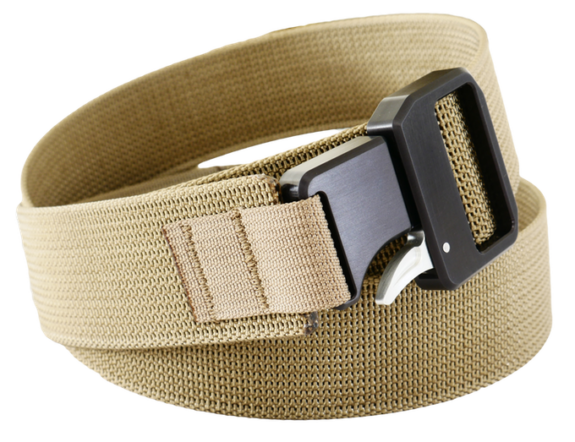 The new EPOCH belt features another unique machined aluminum buckle design from Carbon Tactics. It uses a trigger to release. The design makes the belt very easy to release, allow for some flex between the two parts of the buckle, and keeps the male side of the buckle very compact so that it can pass through belt loops.

It should also be noted that Carbon Tactics has improved their adjustment feature. They state that their new locked adjustment only needs to be set once and it locks the length all day without slipping.

Check out the EPOCH on Kickstarter.