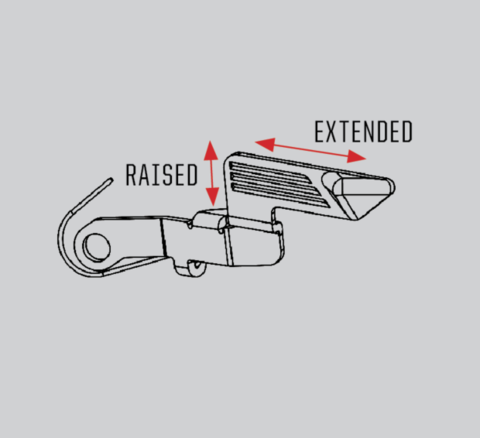 The KÄGWERKS Extended and Raised Slide Release for Glocks is designed to allow for the highest grip possible. It raises the slide release lever above the frame which makes more room for the base of the shooters thumb in an aggressive, high grip and mitigates the chances of unintentionally contacting the slide release during recoil. It is available for most Glocks except Generation 5.

Gun forums are full of threads started by people wondering why their new Glock locks back before the magazine is empty or fails to lock back when the magazine is empty. Typically, the answer is that the base of the shooters thumb is riding up onto the slide release. Shooters with aggressive, high grips need to take care with how they grip Glock handguns, especially those with extended slide releases, to prevent this. This happens to both new shooters and more advanced shooters who tend to take a very high grip in an effort to control recoil.

This happens to me if I am not careful about hand placement. There was a time when I actually went as far as to prototype and look into manufacturing a slide stop for Glocks that extended up above the frame in order to create more room for a higher grip. I never followed through on the product for a variety of reasons. I don’t share that story to intimate that I am somehow responsible (I’m not) for the new KÄGWERKS Extended and Raised Slide Release for Glocks. I only share that to say that I am extremely glad that KÄGWERKS is bringing something like this to market. It has the potential to solve problems for some shooters with big mitts and add efficiency for advanced shooters.

Check out the KÄGWERKS Extended and Raised Slide Release 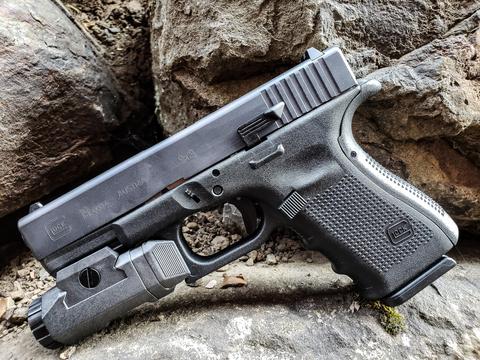 3 Responses to KÄGWERKS Extended and Raised Slide Release for Glocks