Cody Wilson and his non-profit organization, Defense Distributed, have ignited an important conversation in the realm of public policy and opinion. I would suggest that you keep a close eye on the issue of 3D printed firearms and their related files/code as the outcome will be important to the future of our Constitutional Republic. This issue is fascinating as it bridges both the First and Second Amendments with major implications to both. 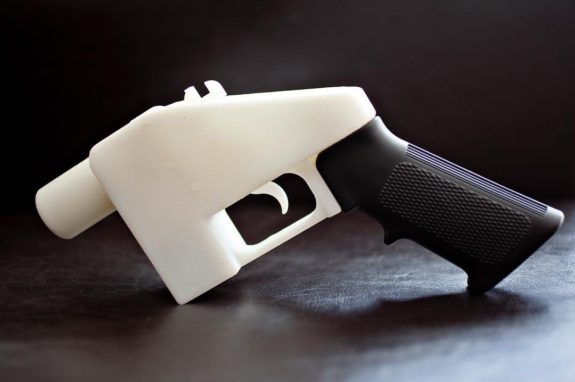 Why You Should Care…

There are a lot of reasons to pay attention but here are three questions that I am most interested in seeing answered.

How will this affect the First and Second Amendments? – This issue seems complicated to some only because of the technology involved. You don’t need to have a full grasp of the technologies to see what is actually at stake here and it is actually quite simple when you boil it down…

How will your representatives respond? – It will be important to follow what your elected representatives are saying and doing in response to these issues. They will be under pressure to respond and those responses will be an incredible insight into their willingness to either trample on or uphold the Bill of Rights. You can contact them as required and vote accordingly.

How will the Maker Community respond? – It seems that at-home manufacturing will be large part of our future in some form and “makers” are working on the bleeding edge of the technologies that will bring this to fruition. I will personally be interested to see how the larger maker community responds. It may be generalizing a bit but makers tend to be more self-sufficient than most and have a sort of open-source approach to information. They are exploding in numbers relative to the increased practicality and falling prices of 3D printers and table top CNC machines. Will this growing community stand by while their rights are limited or will this topic ignite something in them?

Don’t sleep on this issue just because you don’t code, machine, or 3D print. Your rights are under attack even if you don’t own a 3D printer. Keep your eyes open and stay engaged.