Low profile belts, that is belts that are meant to be worn under other gear like a battle belt or backpack hip belt, are handy pieces of gear. Tardigrade Tactical’s Low Profile Belt is designed to do just that and it has a couple of other features that make it more comfortable to the end user. 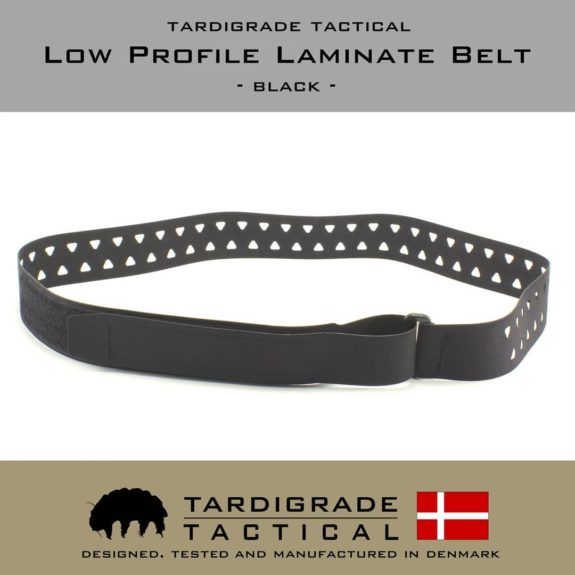 The Low Profile Laminate belt is laser cut from lightweight but durable laminate material. It features a single slim buckle with hook and loop closure for adjustment. Belts will naturally curve over time but this one is actually cut with a curve already so it has an already broken in feel. Tardigrade Tactical also adds a number of vent cuts to the belt to promote breathability which is a useful feature considering belts like these are often layered under thick, padded gear.

Tardigrade Tactical designs and manufactures their gear in Denmark. You can find more information and retailers that carry their gear at TardigradeTactical.dk. 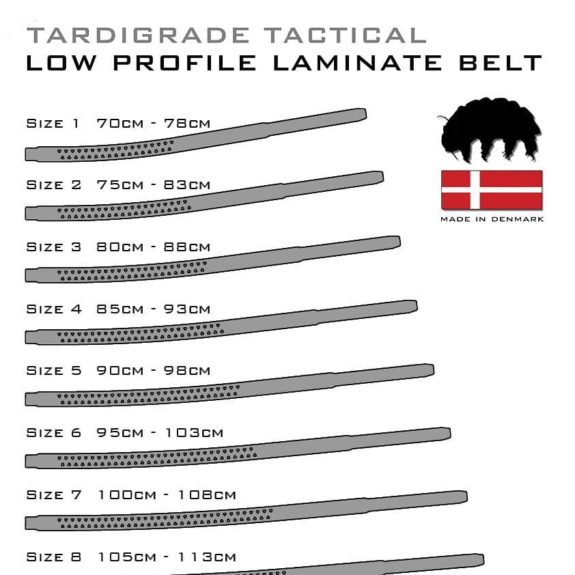