AT Armor put in the time finding paints that match Rhodesian Camo perfectly so you don’t have to. The colors are compiled into a kit that includes enough paint for one large project like a rifle with a little to spare for touch ups. The included paints are brushed on, not sprayed, so you get a chance to get back in touch with your inner artist.

The oil based paints in the kit include Rhodesian Dark Green and Rhodesian Light Green along with a small bottle of flat paint to reduce the shine. The paint bottles come with squeeze caps to make them easier to deal with and instructions are included. 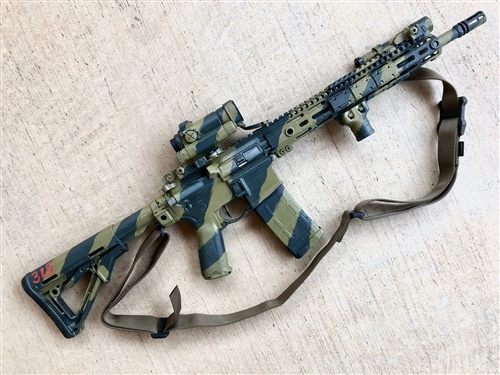 AT Armor also states the following about these kits:

We are a company who loves Freedom and history. To this end we are providing this kit as a historically accurate (with modern materials) paint kit to match those common colors found during the bush wars that plagued the African Continent last century. We disagree with any subjugation or separation of free people based on color, creed, or religious belief. Unfortunately sometimes those that gravitate toward the historical interest of the bush wars leverage it to further their cause of separatism; this is not our world view. We pursue this interest as a tribute to all anti-terror and anti-communist forces that fought the good fight.

Check out the Rhodesian Camo Paint Kits at AT Armor.