The TOPS Knives Fieldcraft Folder might be one of the most important knives TOPS Knives has ever produced. It is modeled after their best selling fixed blade, it has been teased for years and hotly anticipated for just as long, and it is the first folding knife they they are producing in house. It had to be just right before they let it out the door. 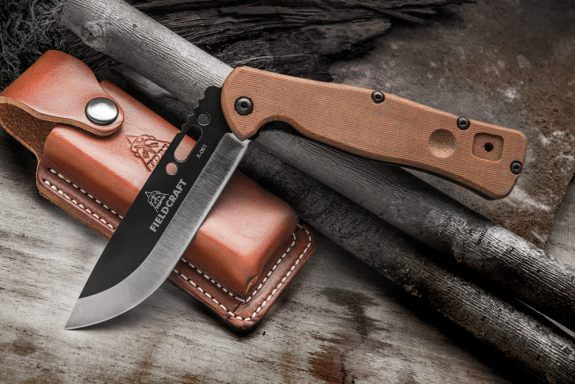 The Fieldcraft by Brothers of Bushcraft fixed blade knife has been a #1 selling knife for TOPS since it was released and it continues to be a top seller even a few years later. Its ergonomics, modified Scandi grind, and heft have made sure that it finds its way into bug-out-bags, daily carry, and camp kits for guys all around the world. There have even been a few used in military trainings and overseas.

The folding version promises to be every bit as popular for the same reasons. While it’s larger than many folders out there right now, it carries well with a reversible tip up pocket clip. We know you’ll appreciate a blade longer than 4” in a lot of cases. The blade is made from 1095 high carbon steel. The handles are tan canvas Micarta on top of stainless steel liners. It has nearly all of the usefulness of the fixed blade, now in a folding version. 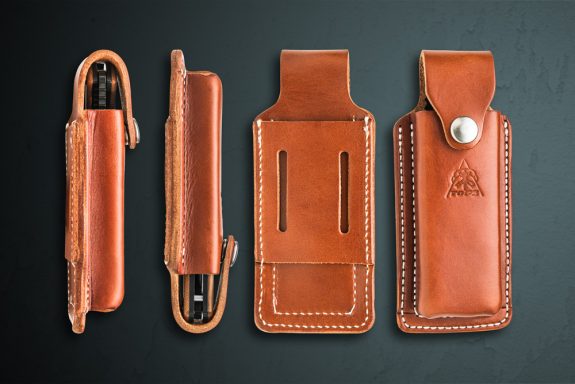 This knife is a bit of a throwback… thoroughly modern, but still a throwback. Their aren’t many modern folding knives that feature carbon steel any more (which is a shame) and check out that leather pouch sheath! How cool is that?

You can check out the new TOPS Knives Fieldcraft Folder at TOPSKnives.com.