This is the new release a lot of TOPS Knives fans have been waiting for… The Hammer Hawk has arrived just in time for SHOT Show 2018. The Hammer Hawk was first shown at last year’s SHOT Show, now it is finally available.

Power and aesthetics combine to make an epic tomahawk. The Hammer Hawk is anything but a normal tomahawk. Each feature was carefully thought out. It’s a full-tang, 3/8” thick piece of 1075 with a sharp, 4.5 inch cutting edge and a hammer on the back. The handles go most of the way up the tang to provide for multiple grip options. The blade cover is separate from the belt frog so that it can be carried on the belt or in a pack. The frog also includes a pocket to fit the optional TOPS Backup knife or small skeletonized knife of your choice.

Pick up the Hammer Hawk from a TOPS authorized dealer or directly from TOPS at www.topsknives.com/hammer-hawk 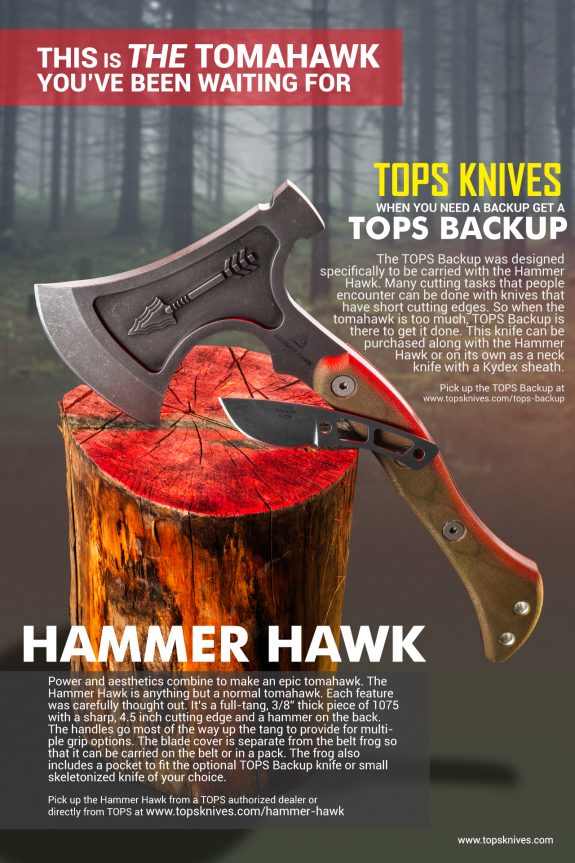