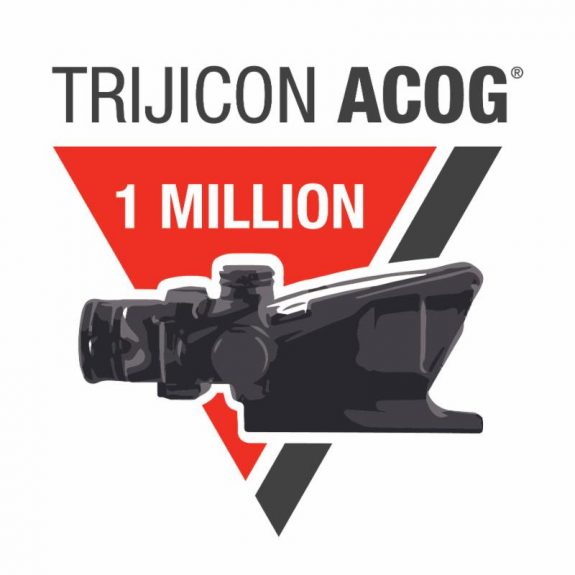 WIXOM, MI (September 19, 2017) – Trijicon® is proud to announce the soon-to-be-produced one millionth ACOG® 4×32 riflescope. From the home of Trijicon founder Glyn Bindon to the front lines of America’s greatest fighting forces, the Trijicon Advanced Combat Optical Gunsight (ACOG) has grown to become one of the most durable, combat-proven, versatile aiming devices ever.

To celebrate this exciting milestone with customers and dealers, Trijicon is hosting a 24 Days of ACOG Sweepstakes at MillionthACOG.com. Here’s how it will work:

Trijicon is proud to count among its ACOG users the United States Marine Corps, United States Army, United States Special Operations Forces, United States Government, state and local Law Enforcement and many of America’s allies. Not to mention the hundreds of thousands of civilian enthusiasts who trust the ACOG for their dedicated riflescope.

To learn more about the 24 Days of ACOG Sweepstakes, visit MillnthACOG.com. And to learn the history of the legendary ACOG, go to MillionthACOG.com/ACOG HISTORY.