A lot of us will spend hours of time and hundreds of dollars to shave a tenth of a second off our draw stroke but do we give even a moment of thought about staging firearms for efficient access? 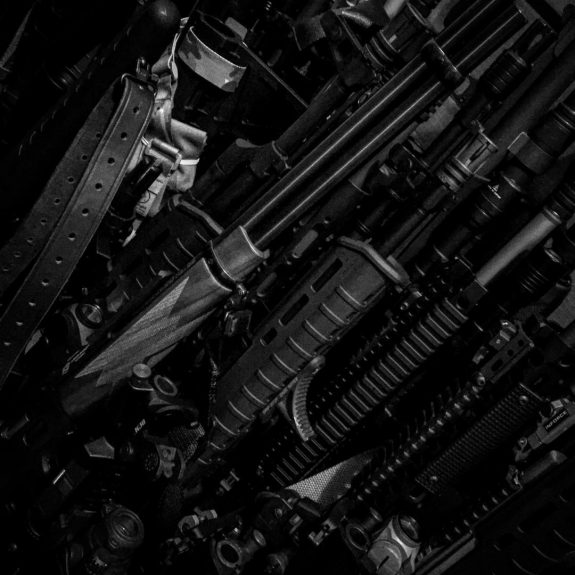 If your gun safe looks more like a wood shed, read on…

I recently had an interesting situation at JTT HQ. We live in a very rural area and have a typical long driveway found out here where properties tend to be larger. People turn around in our driveway all the time but usually near the road where we have a nice wide apron. The driveway meanders a bit and is long enough that most people have no reason to drive down it. That is what made it unusual when someone came down our drive way late at night, turned around in the yard in front of our house, and then slowly rolled back toward the road.

I watched the vehicle out the window without any particular sense of danger. I figured they were probably just drunk or lost or both. I was already armed with a handgun at the time. Things took a seemingly nefarious turn when the car stopped in the driveway and turned off its lights. It could still be nothing – maybe just some kids looking for a private spot to neck or smoke pot – but it was something I was going to have to check out.

I quickly instructed my wife to keep an eye on the car while I grabbed the rifle I keep staged for bumps in the night. Normally, that rifle sits in a smaller safe that I keep uncluttered and well organized for just such an occasion… 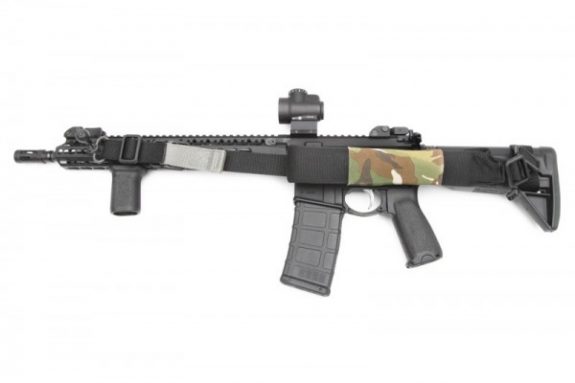 The Blue Force Gear Sling Sleeve is a useful piece of gear. It keeps your sling tidy and able to deployed with just a tug.

The problem was that I had shoved a number of extra rifles into the safe hastily on the previous day after working on a project and I never returned to organize them. When I tried to pull out the loaded and ready rifle, it’s sling snagged on three other rifles and the rifles pulled back. It was stuck. That rifle would normally have it’s sling cinched tight in its already installed Blue Force Gear Sling Sleeve but again, due to my negligence in packing the safe, the sling was loose and tangled instead of neatly bundled in the Sling Sleeve. I spilled 3 rifles out of the safe and onto the floor just by tugging the one rifle that I wanted out of the safe. It was a mess, and worse still, it was slow. 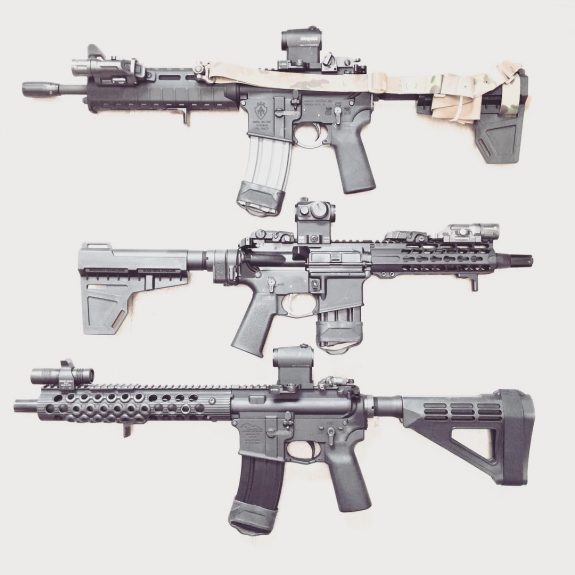 The AR pistol on top shows a simple way of securing a sling with just a rubber band that is kept staged on the brace.

For what it’s worth, I did finally make it outside. I shined a hand held light up the driveway toward the car which quickly turned on its lights and left. Then I spent the next two hours checking various parts of the property for theft, damage, or ne’er-do-wells just to ease my mind.

If you are going to keep a firearm for home defense, it isn’t going to be as effective as it could be unless it is staged in a way that makes sense. Here is what I usually do (and what I failed to do that night).

If you keep your firearm in a safe, keep the safe organized. It should be uncluttered and allow quick access to the most important firearms without having to move other items out of the way. If you have a very full safe, consider buying a second safe or some other secure staging option for your home defense guns ready and accessible. Keep that home defense safe sacred – don’t get lazy like me and jam it full of half finished projects.

Stage your firearm in a location that makes sense for how you intend to use it. If you keep a long gun ready to use, you may want to consider storing it muzzle down in the safe so you can take positive control of the firearm immediately. Keep it loaded. Consider staging other important items with the firearm like an IFAK, a flashlight, a reload, materials to take notes like license plate numbers, etc. I find that a sling bag or something like a Hawkepaks ITOA is much faster and easier to don than something like a chest rig in these situations.

If you keep a long gun for home defense, secure your sling. You can use a rubber band, BFG Sling Sleeve, or any number of items to ensure that the sling stays tight to the long gun so it can be retrieved without snagging. Slings are too important to go without and they can make an absolute rat’s nest if left to chance.

I had all of these suggestions in place but I was not disciplined enough to keep them in place. You can have a great plan but if you don’t have the discipline to keep the elements of the plan in place, it will fail.

Practice accessing the firearm in likely scenarios like hauling yourself out of bed or off the couch. This will help you find holes in your plan and improve your response time.

It’s easy to call a firearm your “home defense gun”. It’s harder to set up and maintain the conditions in which your home defense gun will be most effective.

4 Responses to When it Comes to Staged Firearms: Organized and Uncluttered is Faster…