If you have an AR308 you are going to want to keep an eye on Forward Controls Design. They are in the process of rolling out a number of new products for the AR-15’s big brother. The first on that list is the new ABC/R V2 7.62. 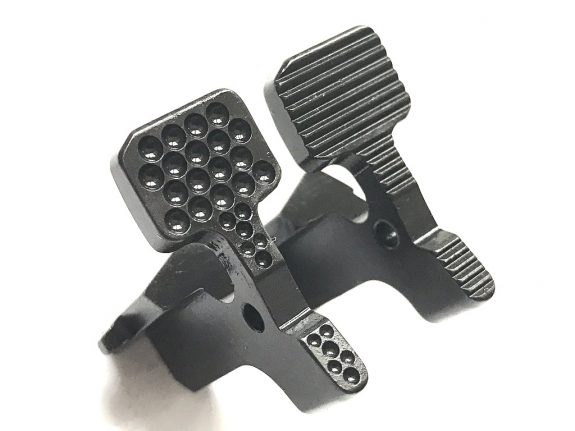 The ABC/R V2 7.62 has all the same features found on the original Augmented Bolt Catch but it has been scaled up for use on the AR308. This includes the subtly angled surfaces that give the user tactile feedback and leverage. It also include the user’s choice of horizontal serrations or dimpled texture found on the AR-15 version of the ABC/R. These also have the same slimmed down design that was introduced on the ABC/R V1.

These bolt catches are machined from steel stock and then given a black nitride treatment for corrosion resistance. Check out the ABC/R V2 7.62 at Forward Controls Design.

One Response to New from Forward Controls Design – ABC/R V2 7.62