Test firing procedures vary widely from manufacturer to manufacturer. Some test fire by firing a round or two into a trap. Some spot test a few rifles out of a batch. SIONICS test fires each and every rifle and upper on the range with 10-15 rounds each.

They recently released this image of a massive test firing being staged for a department contract. Don’t bother sending your application for the position of SIONICS Test Fire Guy. I already sent mine. 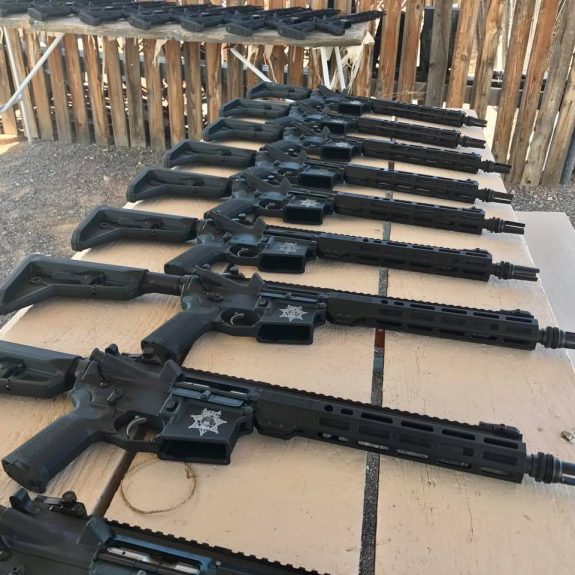