TangoDown just released the details of their improved version of the iO Cover for Aimpoint T-1 (and similar Aimpoint models). The new iO-003 offers even more protection for your Micro Aimpoint. 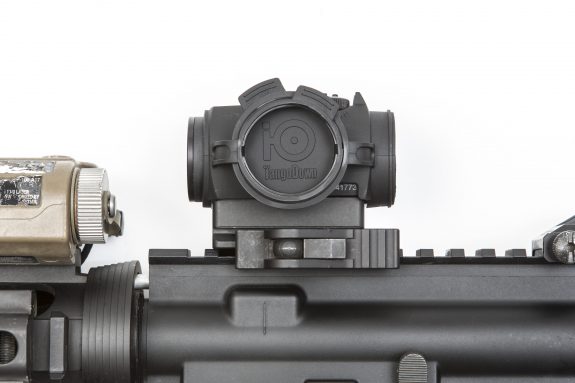 TangoDown is pleased to announce the return of the iO Cover for the Aimpoint™ T-1 (iO-003). The iO-003 maintains the same sleek & snug fit of the original iO cover. The iO-003 offers deeper solid caps which provide protection from scratching the lenses. They conveniently nest together to keep them out of the way while the optic is in use. In addition to deeper caps, the iO-003 has protection ears for the elevation adjustment cap. Protect your Aimpoint™ and know your expensive investment is safe under all conditions!

Check out iO Covers at TangoDown.com