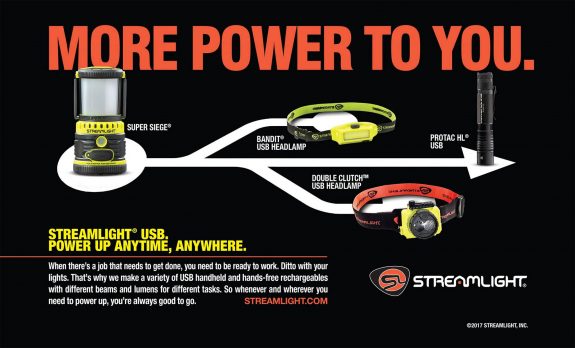 Streamlight’s Super Siege Lantern is great product on its own but by adding two headlamps and a handheld tactical light to their USB rechargeable lineup, the Super Siege is now the central element of an entire concept. The lantern features a large capacity rechargable battery with USB ports that can be used to recharge items like cell phones… and now flashlights. The applications for something like this are broad – hiking/camping, emergency lighting in the home, trade work like construction, and the list goes on.

There Will Be Blood in the Streets…
Manticore Arms ARClight XTL Tavor Rails Have Feelings Too!