Tactical Lites, LED enabled gloves, are the brain child of a high school senior… let that sink in for minute. They are different from every other LED glove on the market in several ways but one big one – they are actually usable. 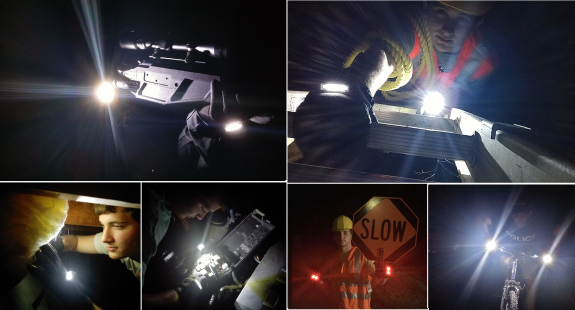 Most LED gloves are basically novelties with short battery lives and dim, sickly output. They just don’t work for anything other than maybe weird rave dancing. Tactical Lites has designed their gloves in such a way that the lighting module is removable, USB rechargeable, weather-proof, and able to put out an impressive amount of light. The light unit is fairly unobtrusive and it wouldn’t surprise me to see established glove makers licensing Tactical Lite’s technology.

No smart military member, law enforcement agent, EMT, Private Contractor, security professional or worker in a long list of trades wants to go without a pair of premium quality tactical work gloves on the job,  Entrepreneur and devoted expert on all things tactical Cade Cassidy, remarkably still a high school student, was quick to realize while there are many great products on the market, they all are missing something which seems like a quite obvious way to increase their value and functionality in extreme and not so extreme situations of all kinds – being able to supply high quality illumination.  This led to long research and development with professionals from all of these fields to come up with the Cade Cassidy’s new Tactical Lites – a rugged, premium quality glove with removable LED lights that can provide just the right amount of life to help in a long list of potentially vital situations.  The young entrepreneur recently announced the launch of a crowdfunding campaign on Kickstarter to bring the first run of the Tactical Lites gloves to consumers.  The early response has been wildly enthusiastic.

“I’m not ashamed to admit I am near obsessed with developing superior tactical gear to help our heroes who protect our nation and our workers who build our country be able to perform more efficiently and more safely,”  commented Cassidy, founder of the company.  “We knew this was a need that had to be met and made sure we sourced top of the line materials to make it happen.  With us it is always quality over quantity.”

According to the company, six versions will launch initially covering both the tactical and worker communities.  Utmost care has been put into selecting the LED lighting system which feature three forms of removable LED lights, with each appropriate for different common situations professionals face.

This same attention to detail was paid to the glove manufacture and design itself, which are rugged and can be counted on in even the harshest of situations.  Each are touchscreen enabled for quick and easy use, with a Velcro pocket for storing essentials; are completely form fitting and comfortable like a second skin and both reinforced and padded where needed.  The grip was designed to be extra secure and the gloves are both breathable and zero crunching to make them as comfortable as possible.  Many tactical professionals in the past have left tactical gloves behind for being bulky and annoying to wear, so this was a vital design feature Tactical Lights made a top priority to address.  After all if no one wears the gloves, because they are a nuisance, they are near completely worthless.

Special perks have been established with the Kickstarter campaign, which begins on June 7, 2017 allowing interested parties to donate and receive the first run of Tactical Lites gloves at a significant discount as a thank you for supporting their campaign.

Tactical Lites will begin their crowdfunding campaign on Wednesday, June 7th. You can preview the campaign on Kickstarter now. Stay tuned for a reminder of when the campaign goes live and other continued developments. 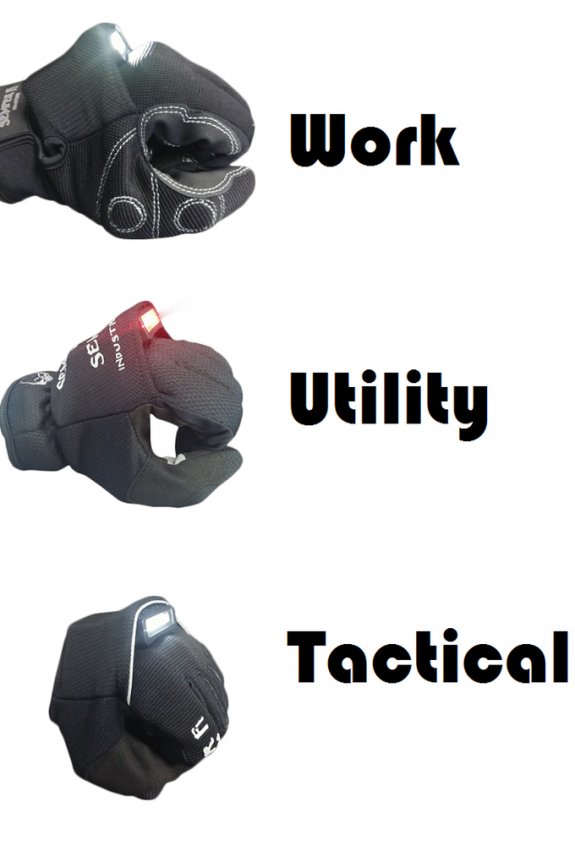