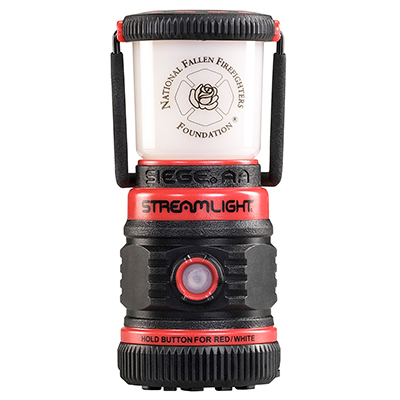 The both of these lights run on 2 AA batteries and boast the following output and runtimes:

The Siege AA Red and Siege AA Blue have a secondary red and blue (respectively) LEDs with the following outputs and runtimes:

Streamlight will donate $2 from the sale of each of these lanterns to a charity – The National Fallen Firefighters Foundation for the Siege AA Red and Concerns of Police Survivors, Inc. for the Siege AA Blue. 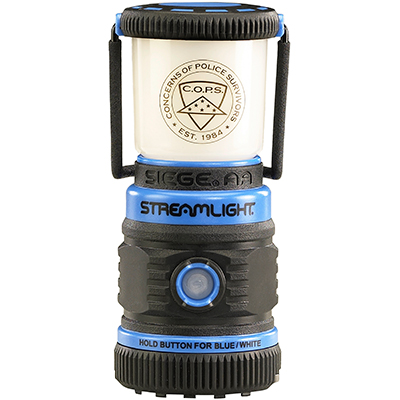