Magpul has been profiling various important magazines that have shaped the development of the PMAG on their Facebook page as part of the recognition of the venerable polymer magazine’s 10th year in production. Today, they showed a picture of their Quad Stack prototype magazine that is sure to make shooter’s hearts race just a little.

Those of you who have been following PMAGs from the start will know that this quad stack mag was no secret and many had their fingers crossed that Magpul would be able to figure out how to bring it to market. The caption posted with today’s picture may be the final nail in the coffin for those of you still holding out hope for a Quad Stack PMAG – at least we have the D60! 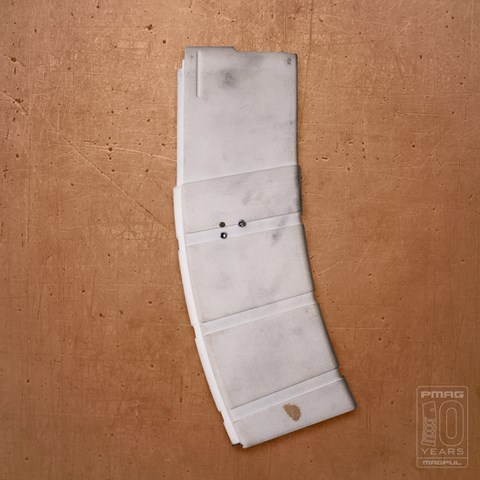 Quad Mag Prototype, 60-Round Capacity 2009
Shortly after the introduction of the original PMAG, Magpul began working on increased capacity solutions. The “Quad” or “Coffin” mag concept never delivered the reliability in rough handling and adverse conditions that we require from our magazine products, and so the design never made it into production. Lessons learned during this program eventually fed into the D-60 program. #MAGPUL #PMAG10YEARS #MAGMONDAY #PMAG