In a very strange move, Century Arms decided to move to a proprietary optic side rail for use on their line of USA made AK rifles like the C39V2 and RAS47. I guess they figured AK shooters didn’t have enough standards (or lack there of) and compatibility issues to keep track of. On top of the introduction of a new rail, the mounts that they produce for the rail are overly chunky (though functional). Fortunately, RS Regulate is around to rescue us all from propriety rails and bulky mounts. 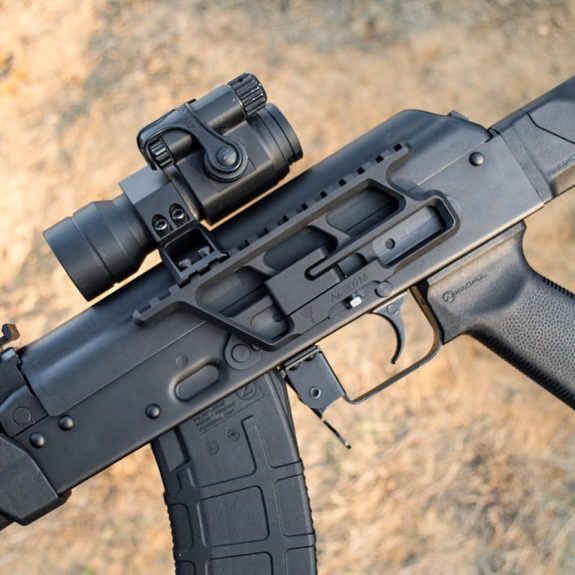 Their AK-300 series optic mounts are completely modular, allowing them to accommodate new rails simply by creating a new lower mount. Their new AK-309M lower mount attaches directly to the Century Arms rail and is significantly lighter (3 ounces) and trimmer than the Century Arms mounts. It accepts all current optic specific upper mounts from RS Regulate and retains the ability to center the optic over the bore.

You can learn more about the AK-300 series of mounts at RS Regulate’s website. The AK-309M is not yet listed on their site but it is available from a variety of retailers.